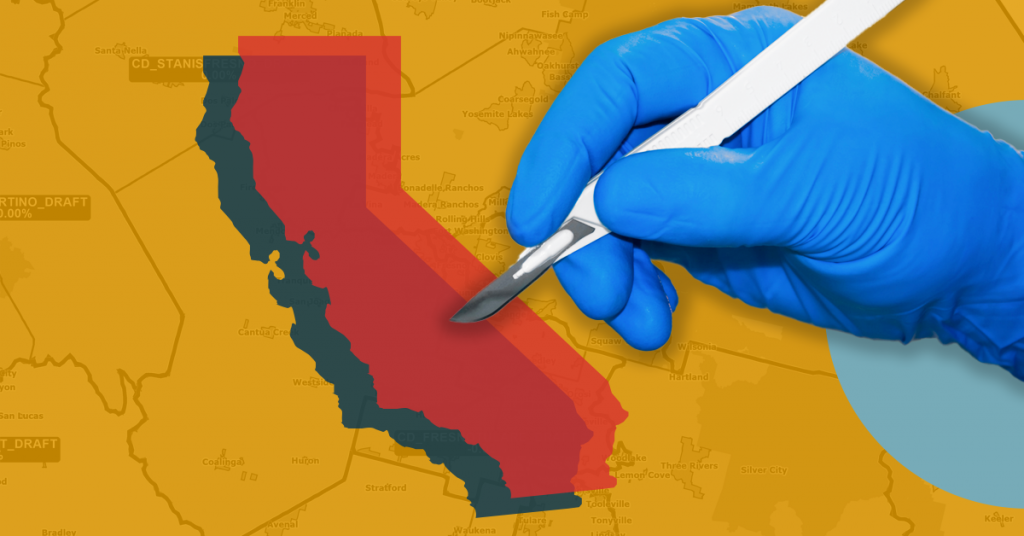 The Central Valley is far from thrilled with proposed Congressional and legislative lines drawn at breakneck pace by California’s citizen-led redistricting commission, one commissioner said.

Ahead of Veteran’s Day and a Monday court-ordered deadline to submit draft maps for California’s Congressional and legislative boundaries, the citizen panel released maps

Sara Sadhwani, a Democratic commissioner and political science professor at Pomona College, said that the four-day-long live line drawing process over the past week represented the most drastic changes in the process.

“Yesterday we took a chainsaw to our congressional maps,” she tweeted on Tuesday, one day before the map was released publicly.

From here on out, she added, “we will take a scalpel to make refinements.”

Should Wednesday’s draft map serve as the “basic architecture,” as she and other commissioners have alluded, it will serve as one of the most drastic geographic resets for the San Joaquin Valley in Congress in decades.

The response from the Valley residents? Not good, Sadhwani told The San Francisco Chronicle on Friday.

Two regions identified as submitting heavy public comment in opposition to the draft maps came from Sacramento and the greater San Joaquin Valley.

The situation, the report states, is “stickier” when it comes to the San Joaquin Valley.

“The Central Valley is an interesting area because it’s between areas that are quite different from one another,” Sadhwani told the paper.

“To the west are coastal regions, and to the east is the southern portion of the Sierra, so you have those who live in the area near the mountains who don’t want to be considered part of the Central Valley, and neither do the coastal areas. The Central Valley also has unique interests in agriculture, and there’s a large and growing Latino population protected by Section 2 of the Voting Rights Act.”

Section 2 of the federal Voting Rights Act requires mapmakers to balance heavy minority populations, in this case Latino residents, into districts that adequately reflect their voting power without packing them into a single district.

One particular district that drew heavy criticism: the Fresno-Kern district likely to be represented by House GOP Leader Kevin McCarthy (R–Bakersfield), which stretches from north Fresno to southern Kern County.

“Furthermore, the current draft map has Kern and Fresno counties in the same congressional district, a move that has incensed many, Sadhwani said,” the report reads.

“The two counties are home to scores of Republicans who feel their voices are being diluted, not to mention other concerns related to competing water interests.”

What’s next in the process?

The California Redistricting Commission resumes public input hearings on Congress, Assembly, and State Senate this Wednesday through Friday from 3 p.m. to 8 p.m.

More details on the meetings can be found here.