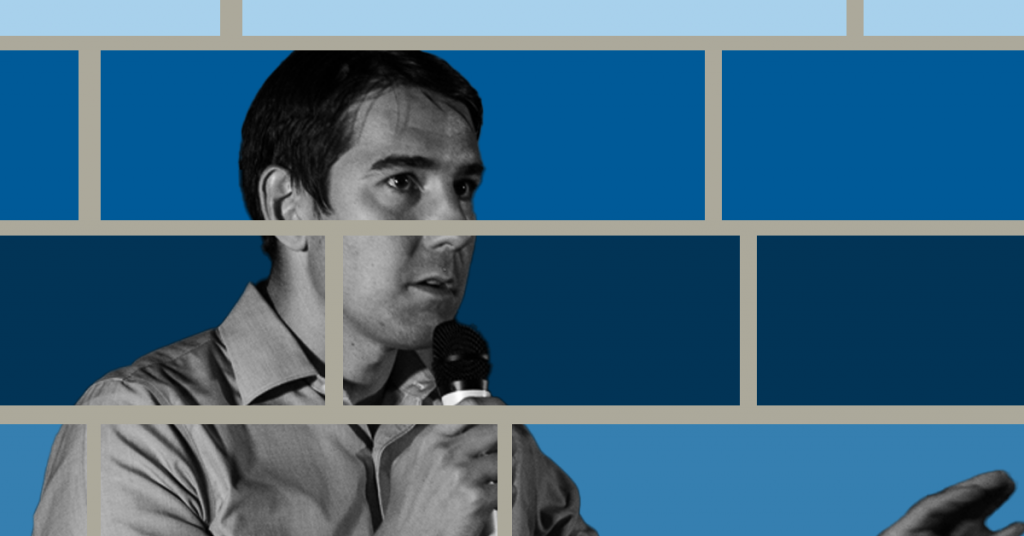 Rep. Josh Harder (D–Turlock) faces a tall task in the coming weeks, centered around two competing prospects that will determine where he’ll represent Californians in Congress.

On one hand, the venture capitalist and two-term Democrat swept into the northern San Joaquin Valley on the tailwinds of the 2018 Blue Wave and has quickly cemented his hometown roots in Turlock as he’s repped the region.

On the other? The retirement of a long-time Bay Area lawmaker opened up a highly-coveted piece of political real estate in a region where Harder built his career and heavily-mined its top industry to construct one of the more impressive campaign war chests of the 2019 freshman class: Silicon Valley.

Mere days after members of California’s citizen-led redistricting commission released their first draft Congressional and legislative maps, they informed Californians that the next steps would finesse boundaries that were determined in hurried fashion.

Major overhauls, one commissioner noted, would not be in the cards.

Faced with the most political upheaval during this process was the San Joaquin Valley, with commissioners attempting to maximize the number of minority-majority districts in Congress.

As a result, Valley districts have taken on a shape unlike anything seen in the last century, sending incumbents to duke it out in communities with which they have had little to worry.

For Harder, the upheaval – led by a strategic decision of citizen mapmakers to bring San Joaquin County into its own Congressional seat – split Stanislaus County in half.

Eastern Stanislaus County, led by sizable portions of Turlock and Modesto, would be joined with the Sierra Nevada mountain range from Lake Tahoe to Inyo County.

Western Stanislaus County would join a district that encapsulated nearly all of Merced and Madera counties along with western Fresno County.

In the ensuing week, Democrats and Harder allies furiously pressed commissioners to scrap the draft.

The pitch: shift back toward lines similar to those developed in 2011, starting with reincorporating the City of Tracy with Stanislaus County.

Heading into the 2021 redistricting process, Tracy was seen as a sticky wicket for mapmakers.

The city, situated on the western edge of San Joaquin County, has increasingly become an affordable option for one-time Bay Area residents to relocate.

In turn, the city has developed a growing reputation as a Bay Area and Silicon Valley commuter city.

For Harder, Tracy has long-served as a strategically-important community within his current 10th Congressional District.

He admitted as much to supporters during his 2018 campaign to oust then-Rep. Jeff Denham (R–Turlock).

“Tracy is heavily Democratic – plus 14 point Democratic in registration,” Harder said to a supporter in 2018 about the path toward victory. “So a lot of it comes down to mobilizing Tracy and making sure we stay equal everywhere else.”

The current emphasis on bringing Tracy and other small-to-mid-size San Joaquin County communities into a district with the whole of Turlock and Modesto debuted early last week by Harder’s former district director, Karen Warner.

Now, with mapmakers weeks away from tweaking and finalizing Congressional maps, the push to recategorize Tracy as being more in-tune with Stanislaus County than its San Joaquin County neighbors has grown more clamorous.

“You have drawn a majority of my community out of the Valley and thrown us in with an enormous mountain region that we do not identify with,” Warner said during public comment on Wednesday. “Our interests and our voices in the Modesto area have been gutted in these new maps. We have become collateral damage to keep San Joaquin County whole despite sharing far deeper connections with the cities of Tracy and Manteca than with far-flung regions like Tahoe and Death Valley. Stanislaus and Merced Counties should not be treated as an afterthought. Our families and our communities, as you know, should not be treated as collateral damage.”

Democratic clubs in the northern San Joaquin Valley delivered blaring notices to members to send in written comments to commissioners and call into meetings to voice their objections to the current draft maps.

“The Existing Congressional Maps for San Joaquin and Stanislaus County were more thoughtfully split into 2 districts (CD-9 and CD-10),” one set of Democratic talking points read. “Those maps show a better mix of growing urban and suburban populations balanced with farming and agricultural interest. KEEP THE DISTRICTS THE SAME OR SIMILAR.”

Confusingly, it goes on to argue that keeping San Joaquin County encapsulated within a single Congressional district runs counter to Bay Area communities of interest, one of which Tracy could be considered.

The full court press on Tracy extended to the pages of The San Francisco Chronicle, which detailed the political tug-of-war over the community.

Better by the Bay?

Amid the concerted push to recreate key elements of Harder’s current Congressional district came a shake-up in the California House delegation.

Tuesday, Rep. Jackie Speier (D–Hillsborough), a long-time lawmaker perhaps best known for surviving five gunshots during the Jonestown Massacre as a staffer for slain Rep. Leo Ryan, announced she would retire at the conclusion of her current term.

The announcement set of a bevy of speculation of which Bay Area lawmakers – either local or state – would seize the opportunity to seek the seat.

But one name has, thus far, been missing from the musings: Harder.

Harder, who was senior vice president for Bessemer Venture Partners out of its San Francisco office before taking the plunge against Jeff Denham in 2018, has built a campaign infrastructure with deep financial roots to his Silicon Valley work.

Friday, Washington-based sources corroborated that discussion of Harder shifting from the north Valley to the Bay Area was “very much in play.”

Harder, whose present district is considered the ultimate swing seat – with the Cook Partisan Voting Index scoring it as an even district – would find himself in a heavily-Democratic district in the Bay Area should he opt to move.

If the two-term Democrat – and owner of a $5 million campaign war chest – opts to move across the Coastal Ranges, expect a significant shake-up in the San Joaquin Valley’s Congressional map.

Sources told The Sun that Costa has expressed keen interest in the draft Stan-Fresno seat, which merges western Stanislaus County with Merced, Madera, and Fresno counties.

The complicating factor for pursuing that seat would be Harder running for it himself. By heading to the Bay Area, the seat is easily available for Costa, who is not constitutionally-required to reside in his district.

That seat is considerably safer than the draft district Costa resides within (dubbed Fresno-Tulare) per the Cook Partisan Voting Index and contains most of the geography of his current 16th Congressional district.

The index calculates a given Congressional district’s partisanship by comparing the district’s average Democratic or Republican Party vote share in the presidential election to the national average share.

Stan-Fresno is rated as a D+7, meaning it voted seven percent higher than the national average for Democratic presidential candidates in 2016 and 2020.

Fresno-Tulare is rated as D+3, meaning it only voted three percent higher than the national average for Democratic candidates for president.

Should Costa pursue Stan-Fresno, it would leave draft Fresno-Tulare and Kings-Kern districts open for Rep. David Valadao (R–Hanford) to pursue. Both contain major elements of his current 21st Congressional District.