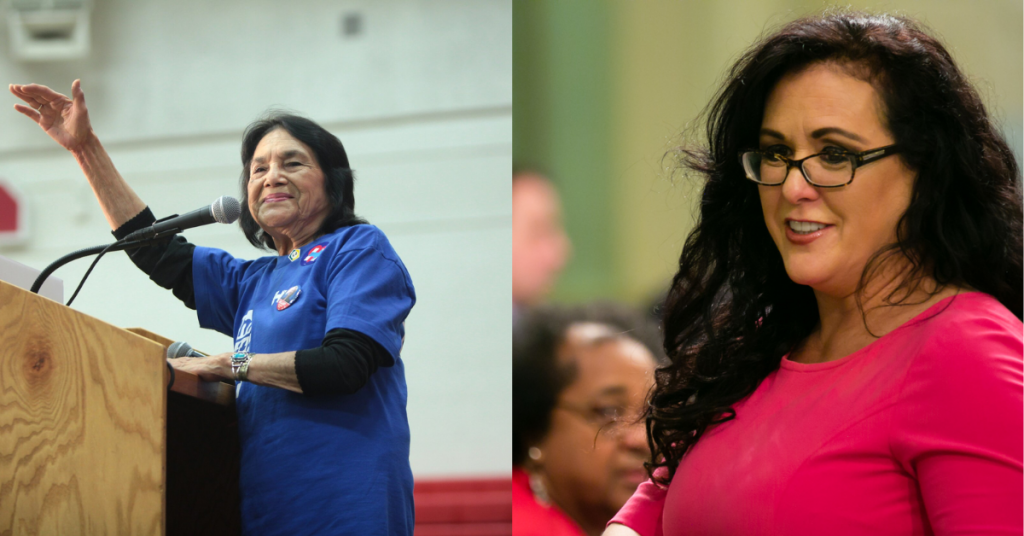 California’s largest lobbying group of unions kicked off Wednesday with a one-two punch to reset the conversation around labor laws in the Golden State.

Gonzalez, a rough-and-tumble lawmaker who had few qualms ruffling feathers with business leaders and fellow Democrats in pursuit of boosting regulations and increased protections for organized workers, is best known to Californians as the author of the controversial Assembly Bill 5.

The law led to the en masse conversion of independent contractors to employees, largely due to perceived abuse by gig-economy companies like Uber and Lyft.

Despite that, Assembly Bill 5 has forced a greater reckoning with other sectors of the California economy – more recently, notable for its impact on the state’s owner-operator truck drivers, who went on strike and shut down the Port of Oakland.

Gonzalez long angled to run for Secretary of State in California, a pursuit that was scuttled following then-Secretary Alex Padilla’s appointment to the U.S. Senate.

But Gonzalez’s arrival to the California Labor Federation isn’t the only news, she’s recruiting a new ally to the organization: the United Farm Workers.

Per the Los Angeles Times:

After about 16 years of being mostly on its own, with declining fortunes, the United Farm Workers is joining the Fed, the “union of unions” that acts as an umbrella for the California labor movement, leveraging collective clout and money in elections and at the Capitol.

When Gonzalez called UFW President Teresa Romero and asked her to bring farmworkers back into the fold, “I had no hesitations,” said Romero, herself the first Latina and first immigrant woman in the U.S. to lead a national union. “She has never overlooked the most vulnerable workers.”

It may come as a surprise to many that the farmworkers have long been on the outskirts of the mainstream labor movement in California, despite “Si Se Puede,” first spoken by Dolores Huerta, being a ubiquitous slogan at rallies.

While Huerta and Cesar Chavez are two of the most famous icons of unionism, UFW, the union they helped create, has been losing members and political power for years (though it still punches far above its weight at the Capitol, where Latino representation has grown). It left the Fed in about 2006, though neither Romero nor Gonzalez has been able to figure out why. For a while, its staunchest ally seemed to be an internet cat named Jorts.

UFW is down to fewer than 7,000 members by most counts and last fall suffered an ugly legislative defeat when Newsom vetoed a bill that would have allowed mail-in ballots for its unionization drives.

That bill came months before a court ruling that basically kicked union organizers off of private farms, making it harder to organize or hold elections; most farmworkers are undocumented, and showing up on the boss’ land to vote for a union can seem like a real risk. The veto of the bill was a body blow to a union already struggling to stay on its feet.

UFW responded by holding a march from the French Laundry restaurant in Napa, where Newsom infamously dined during the pandemic lockdown, to his PlumpJack Winery. By the time they arrived, he had left the state on a family vacation, and they’d made a dramatic point about elitism.

The UFW-backed bill to eliminate secret ballots in farmworker union elections is back circulating through the legislature with little indication that Newsom’s position has changed.

Gonzalez, speaking to the paper, said that the measure is a top priority to the Labor Fed.