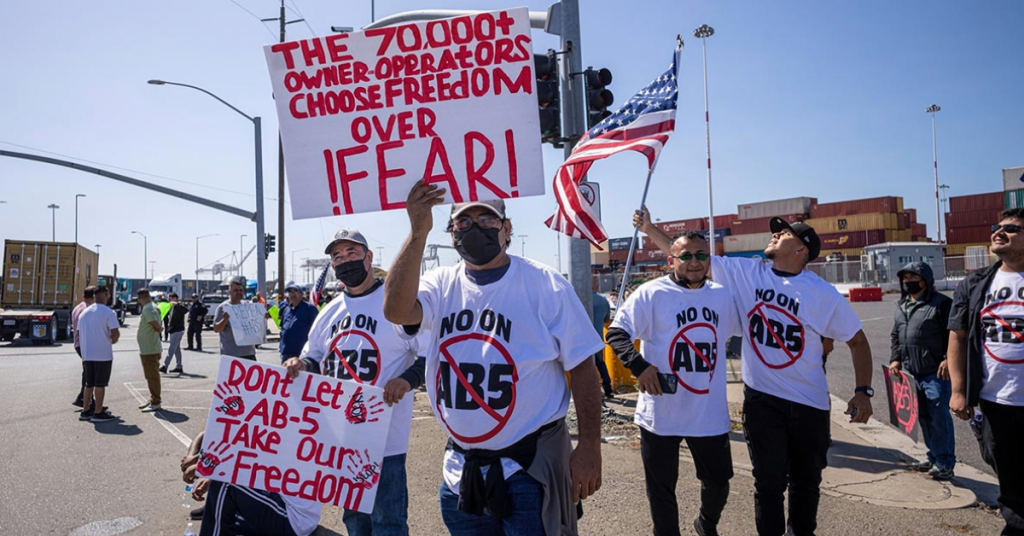 Truckers protesting a state labor law have effectively shut down cargo operations at the Port of Oakland and they planned to be out again on the picket lines for a fourth day on Thursday.

“Enough is enough,” AB Trucking owner Bill Aboudi said on Wednesday.  “On the first day, the port downplayed the protesters’ effect on the Port and that did not send the message out to the politicians. That’s who they’re trying to reach out to tell them this law is unfair.”

Port driver Randeep Dhillon said: “We’ve all been out here for three days, non-stop, from early mornings to late night, You know, we’re trying to stop the Port’s operation so that we can get our point across and cancel that AB5 law. We’re gonna be out here until Sacramento gives us an answer about this law.”

The protest that began Monday involves hundreds of independent big-rig truckers that have blocked the movement of cargo in and out of terminals at the port, which is one of the 10 busiest container ports in the country.

There was no immediate word on when the protest might end but it’s exacerbating supply-chain issues that already have led to cargo ship traffic jams at major ports and stockpiled goods on the dock.

The protest comes as toymakers and other industries enter their peak season for imports as retailers stockpile goods for the fall holidays and back-to-school items.

The truckers are protesting Assembly Bill 5, a gig economy law passed in 2019 that made it harder for companies to classify workers as independent contractors instead of employees, who are entitled to minimum wage and benefits such as workers compensation, overtime and sick pay.