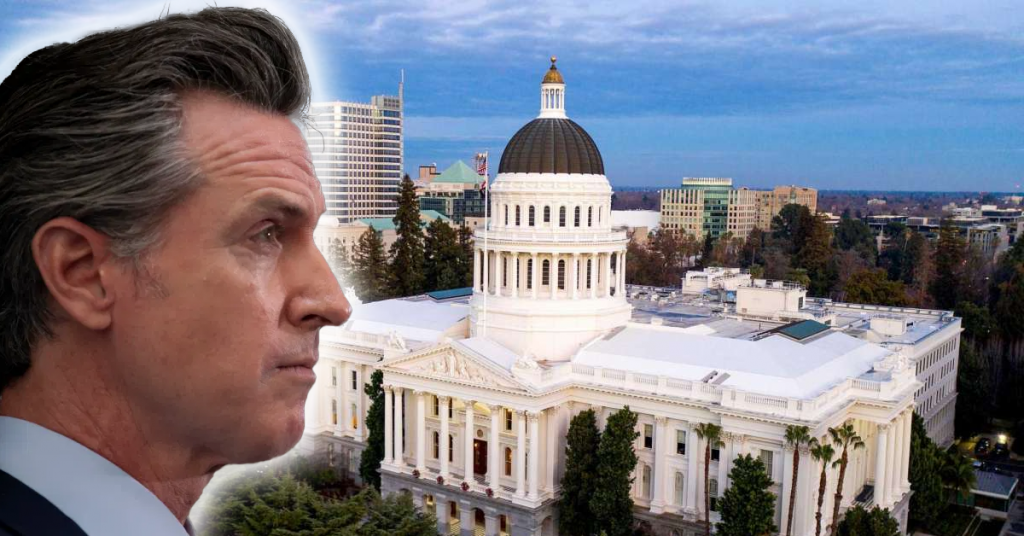 In midtown Sacramento, school’s out for autumn.

The end of the 2021 legislative session for the California State Legislature arrived with mere days before Gov. Gavin Newsom was back on the ballot in a must-watch recall race.

“End of session” has become shorthand for a week-long legislative slog that notoriously eschews august rituals and pomp and circumstance, turning into the adult-equivalent of a procrastinated high school group project.

The difference? There are no dioramas of a plant life cycle at the end of the day, just high drama fueled by a series of sudden, drastic amendments to bills with California’s future on the line.

By comparison, the close of the 2021 session was comparatively comatose. Not only was there little drama, legislators concluded all business hours before the clock flipped to midnight, a rarity in the 21st century.

Perhaps we can blame, or thank, the upcoming recall election on Tuesday, which loomed large in the calculus of advancing legislation this session.

With session concluded and Gov. Gavin Newsom’s signature or veto deadline sunsetting, here’s a quick round-up of bills approved or killed in the waning hours of 2021 session and signed or vetoed by Newsom that piqued our interest.

Is California secure in its position as the leader in countering climate change? Apparently not, according to some legislators.

The bill goes one step further by enacting severe cuts to emissions, mandating the state cut 90 percent of emissions from 1990 levels.

As it stands, state officials have noted that California is far off-pace to meet its current aggressive climate goals by 2030, established under Gov. Jerry Brown.

During debate on Friday, proponents of the bill argued that California had insufficiently addressed the climate crisis.

That prompted a scathing retort from Sen. Andreas Borgeas (R–Fresno) who attempted to square California’s cacophony of environmental regulations and climate mandates with claims of insufficiency.

“We tout ourselves for what we’re doing, but today I hear we’re at the precipice of having done nothing,” Borgeas said, noting that California alone – even with unattainable goals – could not solve the global issue.

“You can’t play chess with one piece.”

The bill only mustered 14 Democratic votes on the Senate floor and failed.

Senate Bill 559 has served as Sen. Melissa Hurtado’s (D–Sanger) marquee piece of legislation with deep local impact. The bill aimed to drive three-quarters of a billion dollars to improve two sinking water arteries along the Valley floor: the Friant-Kern Canal and the Delta-Mendota Canal.

The bill would have relied on matching funds from water users in their respective systems and appropriations from Congress via a companion bill led by Sen. Dianne Feinstein (D–Calif.) and Rep. Jim Costa (D–Fresno).

As The Sun reported earlier last week, the bill entered the Assembly Appropriations Committee in late August only to see lawmakers strip it of direct funding to water agencies and attach hostile amendments that required approval of funding to run through the buzzsaw of the Department of Water Resources.

The defeat, arriving during one of California’s worst-ever drought years, was crushing to Valley communities and farm advocates who are desperate to get resources routed from Friant Dam and San Luis Reservoir through the San Joaquin Valley more efficiently.

California’s multi-year bout with enacting ethnic studies curriculum in secondary education has been nothing if heated.

Model curriculum developed by the California State Board of Education in 2019 drew heavy criticism from Jewish populations for propagating anti-Semitic views, undercutting prejudices facing Jews, and being overtly biased toward Palestine.

The state’s Armenian population was equally enraged at the 2019 draft due to a complete omission in the curriculum, which was later rectified in subsequent drafts.

Assembly Bill 101 was previously vetoed by Gov. Gavin Newsom due to the serious deficiencies in the state’s model curriculum, which would be heavily relied-upon by smaller districts unable to develop their own curriculum.

The bill headed to Newsom’s desk allows districts to develop their own curriculum or utilize model curriculum that was heavily revised and published in March.

Beyond criticism of requiring the coursework, the true fight is on the horizon for local education advocates.

Developed in the wake of a stinging U.S. Supreme Court defeat for the United Farm Workers, Assembly Bill 616 seeks to shift the location of union elections for California’s farmworkers away from the worksite.

While backers, including author Asm. Mark Stone (D–Santa Cruz), argue that the bill merely introduces vote-by-mail to union elections, farm advocates counter that the bill is a red herring of an election and is truly a card check procedure.

“For interested parties (unions) to deliver a representation card to a select group of employees to sign in their presence smacks of voter coercion and intimidation – an anathema to the democratic voting process,” said California Fresh Fruit Association chief Ian LeMay following the bill’s passage.

The growing worry among ag industry players: that the change in rules would create a raft of worker intimidation by union officials with no oversight by the California Agricultural Labor Relations Board.

The bill served as a lightning rod within the San Joaquin Valley legislative delegation, with the vast bulk opposing the bill.

One week after Gov. Gavin Newsom sailed to defeat the recall, with support from the United Farm Workers in tow, Newsom dealt the union a stinging defeat, prompting an explosion of rage from UFW leadership.

On Sept. 22, he vetoed Assembly Bill 616. In a statement, he said the bill “contains various inconsistencies and procedural issues related to the collection and review of ballot cards.”

Farmworker advocate Jesse Rojas, in a Sun View column, said that the decision by Newsom came despite failures by Moderate Democrats to scuttle the bill.

Big box retailers in California could be under a new mandate over how they sell their wares if Gov. Gavin Newsom signs off on Assembly Bill 1084.

The bill requires California retailers who have a store in the state and more than 500 employees on payroll are required to “maintain a gender neutral section or area” to display toys “regardless of whether they have been traditionally marketed for either girls or boys.”

The law comes with its own set of penalties for noncompliant sellers: $250 for the first violation and $500 for any subsequent. Enforcement of the gender neutral toy area requirement is left into the hands of California’s Attorney General, county District Attorneys, or City Attorneys.

On Saturday, Oct. 9, Newsom signed the bill into law.

The clock could be ticking on the death of the gas-powered lawn mower in the Golden State.

Time of death? 2024, or whenever clean air regulators in Sacramento decide it’s feasible to kill them off.

That’s according to Assembly Bill 1346, which seeks to reign in so-called “small, off-road engine” (or SORE) emissions.

The scourge of one-hour use of gas-powered leaf blowers, Asms. Marc Berman (D–Menlo Park) and Lorena Gonzalez (D–San Diego) argued, is equivalent to “driving a 2017 Toyota Camry from Los Angeles to Denver.”

While the language highly targets gardening equipment, legislative analysts note that the California Air Resources Board definition of SORE also includes gas-powered electrical generators, regularly the life-blood of hospitals and other emergency needs during power outages.

For its part, the engine exhaust ban also sets aside $30 million in taxpayer funds for incentives for businesses across the state to switch to zero-emissions gear.

Newsom signed the Assembly Bill 1346 into law as part of a hefty tranche of bill signings on Sunday, Oct. 10, the final day to act on legislation.

Editor’s Note: This story was originally published on Sept. 12 under the headline “Pass and Fail: Pass and Fail: Here’s what legislators sent to Newsom’s desk before the recall.”

It has been updated to reflect Gov. Gavin Newsom’s action on bills.