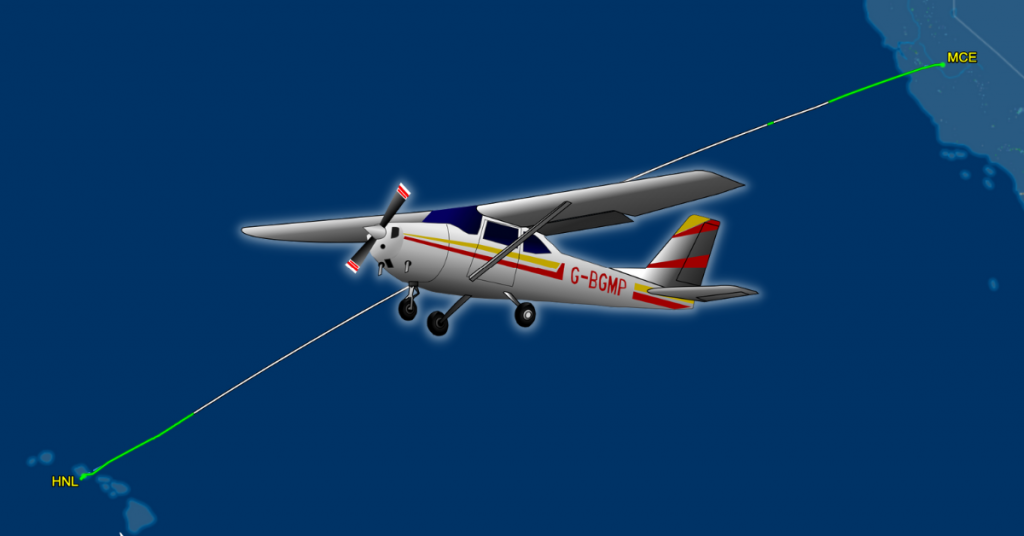 Late last week, Valley residents, aviation geeks, and purveyors of the internet’s most peculiar content found themselves astounded by a simple screenshot from the tracking firm FlightAware.

What did it show? A tiny Cessna 172 Skyhawk undertook an incredible 18 hour, five minute nonstop journey from Merced Regional Airport to Honolulu, Hawaii.

Beyond the flight times, destinations, and flight path over the Pacific Ocean, not much was initially known about the brazen flight.

The flight, which took off at 6:10 a.m. Pacific time on Saturday landed in Honolulu at 9:15 p.m., per flight records.

In the days since, more details have emerged behind the flight.

For starters, most aviation enthusiasts were shocked that the Skyhawk, which boasts a range of 640 nautical miles, was able to traverse 2,161 nautical miles or roughly 3.5 times the maximum range of the plane’s fuel capacity.

To accomplish the feat, the plane was outfitted with an oversized fuel tank to ensure sufficient resources to arrive in Honolulu.

George’s Aviation, a flight school in Honolulu. The Skyhawk used in the flight is the latest training plane for customers.

Flight school owner George Hanzawa said in a Facebook post that plane “had to sit in California for months waiting for logistics “wind” to turn in our favor as the season changed.”

He added that the flight school already booked its first customer to train on it.

Upon arrival Saturday night, pilot Lopes was greeted in a uniquely Hawaiian fashion – with a lei.

Upon disembarking, Lopes joked he had to hit the restroom after 18 hours in the sky.