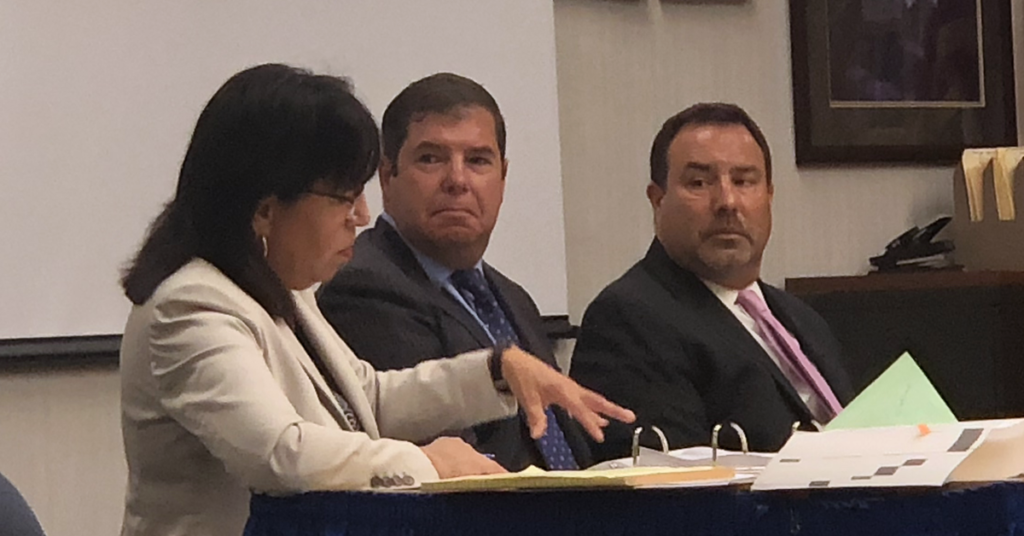 In his motion, Arambula argued that he had the right to parent his child – including being an imperfect parent. It also detailed a contradictory account of events from claims the two-term legislator made in the immediate aftermath of his arrest in December.

Back then, Arambula told media outlets he merely spanked his daughter on the bottom. The motion, however, details a bruising injury to his daughter’s face caused, allegedly, by him slapping her twice with his hands while wearing a ring.

In deciding to reject the motion, Harrell stated that a simple case of spanking would have been within the right to parent. However, he noted that the allegations made by the Fresno County District Attorney’s office were “light years different” from spanking.

Harrell excluded Arambula’s parents – former Assemblyman Juan Arambula and Amy – along with his wife, Elizabeth, from the courtroom during the proceedings.

The former legislator is serving as the support person for the victim when she inevitably testifies. Amy is alleged to have coached the victim.

Arambula’s wife is expected to testify, as well.

Prior to denying the motion, Harrell asked the parties if there was any chance at a deal, citing an email from the original judge assigned to handle the trial – Gary Orozco – that there was a potential for a plea deal.

Arambula quickly and flatly replied: “I’m not taking a plea.”

Assistant District Attorney Steve Wright said that there had been preliminary discussions about a deal earlier on, adding that the defense sought a “Jussie Smollett type [disposition]” or a pre-plea diversion.

Arambula attorney Margarita Martinez-Baly quickly rebutted that she had never referred to the infamous Empire actor in relation to a potential deal. Wright disagreed and doubled-down on the claim.

Aed eventually stepped in to support his colleague, earning an admonishment from Harrell for raising his voice.

While the hearing would cool down some, it began to build back up as the court moved into pre-trial motions.

One bone of contention was the District Attorney’s motion seeking to admit the seven-year-old victim’s additional allegations of prior abuse from Arambula as character evidence. These allegations include one related to him kicking the victim at a pool party.

Aed argued that some of the allegations were “ridiculous or somewhat fantastical the way they’re being said.”

However, Harrell cited the fact that the victim’s account of prior incidents are highly detailed, which would counter an argument that they were made up by the child.

“These are allegations that are extremely probative,” Harrell said. “I’m not saying he did it. I don’t know.”

When Aed attempted to argue that the kicking incident at the pool party lacked context compared to the current case, Harrell said that there were similar facts: the victim got in trouble and, in that case, kicked by Arambula after reacting to another child’s behavior.

Harrell ultimately ruled to allow the evidence of prior alleged abuse with some potential restrictions.

Other issues addressed included Wright seeking approval to display photos of the victim’s facial injuries and Arambula’s ring during opening statements. The request was approved, with Aed stating that it might even be used during jury selection.

The parties return to Harrell’s courtroom on Thursday to finalize a remaining motion related to display of television interviews Arambula conducted days after his arrest in December. Harrell has already agreed to let the interviews be admitted. At issue is the length and scope of the videos, since some are edited.

Jury selection is tentatively scheduled to begin on Friday and continue on Monday following a pre-trial evidentiary hearing over the admissibility of an expert witness for the State.