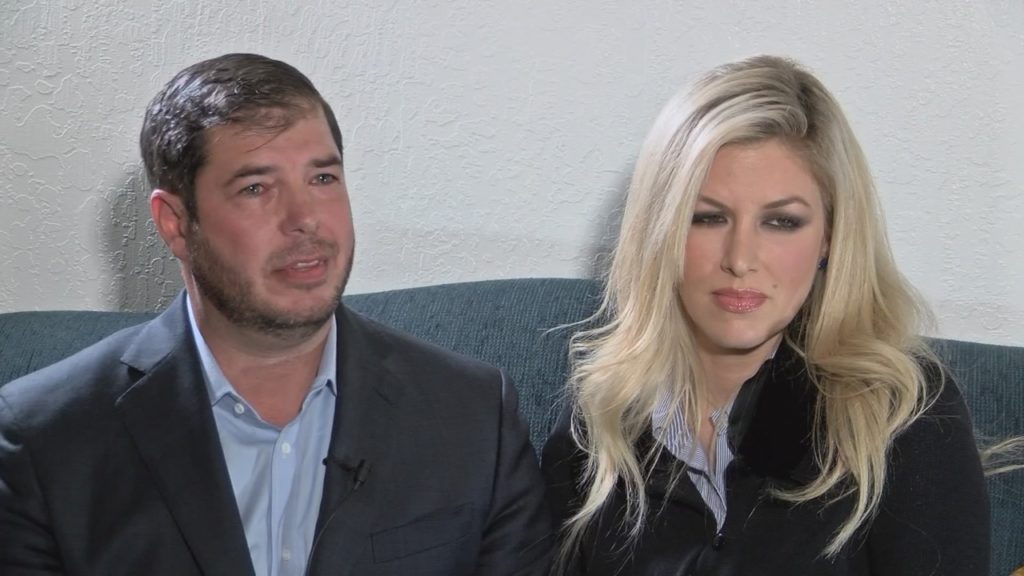 On December 12, 2018, Asm. Joaquin Arambula (D-Fresno) and his wife Elizabeth held a number of interviews with local news outlets and shared a consistent message: that his arrest by Fresno Police was a misunderstanding resulting from routine discipline of his seven-year old daughter.

“Sadly, ashamedly, I must admit, I’m embarrassed, but I disciplined her that night. I spanked her on her bottom,” the two-term legislator told local television outlets at the time.

A motion filed by his defense team on Tuesday shows that the claim was flatly wrong.

In the motion, Arambula’s legal team details the incidents leading to his arrest via interviews with his seven-year-old daughter on December 10 and 11.

The senior Arambula was arrested and cited on December 10 . Following the District Attorney’s filing of charges of a single misdemeanor count of cruelty to a child, Arambula took a leave of absence from the California State Assembly.

“[Fresno Police Department Officer Stephen] Phebus was advised by CPS worker, Amber Fithian, that [the junior Arambula’s] father had slapped her with both his hands causing the injury,” the motion reads. “Phebus noticed an approximate 1″ inch diameter bruise on the right side of her face next to her right eye.”

When asked by the officer, the younger Arambula replied “Dad gave me a bruise yesterday,” the motion states.

Phebus later asked the younger Arambula how many times she had been slapped by her father. She answered she was slapped twice.

On December 11, the junior Arambula was interviewed by Forensic Interviewer Josie Roderick after staying with her grandparents, former Asm. Juan Arambula and Amy Arambula.

During the interview, the junior Arambula stated that she and her younger sister were getting ready for bed when they got into an altercation over teasing. Her father came into the room and slapped her in the face while trying to assess the situation between the two girls.

“He thought that I hurt [my sister], but actual-and I tried to explain to him but he wouldn’t listen to me. So um, I started screaming and then my dad hit me in the mouth and his other hand was like holding my face,” the legislator’s daughter said in the interview, the motion reads.

“Um, and so, he, um gave me the bruise because I was, a, um, place where he had his ring finger, um, and the right hit me on that spot, and, um, when we were done talking, um, he um, got off me, um, and tripped on a toy, ’cause I don’t like to clean up and neither does my sister, um, so he slipped on a toy, um, and he accidentally hit me again. With his, um, ring finger.”

During the interview, Arambula’s seven-year-old daughter details that the legislator had kicked her on a few occasions, including one incident when she got sick while accidentally swallowing pool water.

“I got really sick, so, um, and, um [my sister]-and [my sister], started fake crying again, fake, fakely, she started crying,” the victim told Roderick. “[E]ven though I started throwing up in the pool. Like my face was like turning all white and pale, but my dad didn’t care. He thought I had hurt her again. Then I got kicked. Like really hard.”

The younger Arambula described the kicking to her bottom as it being hit by a book.

In the filing, Arambula’s legal team lightly made the case that the daughter might have injured herself, made up the injuries, or merely sought attention.

Arambula’s motion to dismiss focuses on confidential Child Protective Services records that were allegedly obtained by Fresno Police without a court order.

As part of sending discovery to the Fresno County District Attorney’s office, it was discovered that Fresno Police had custody of CPS records.

“In my 22 year career as a prosecutor, I have never seen this happen,” Smittcamp said in an email to Fresno Police Chief Jerry Dyer.

“CPS records are confidential. In order for them to be released to law enforcement, there has to be a showing and a petition under [Welfare Institutions Code] 827 for the Juvenile Court to order such release,” Smittcamp continued.

Smittcamp added that she ordered her staff to hold off providing the records until the petition was sought.

In the motion, Arambula’s legal team claims that the lack of explanation as to how the Fresno Police Department received CPS records constituted a Brady violation, or the failure of prosecutors to turn over evidence that may exculpate or exonerate a defendant.

The larger allegation related to the mysterious CPS records, however, is the that the Fresno Police Department engaged in an allegedly biased and bad faith investigation.

Fresno County Assistant District Attorney Steve Wright, who is prosecuting the case, declined to comment on a pending matter.