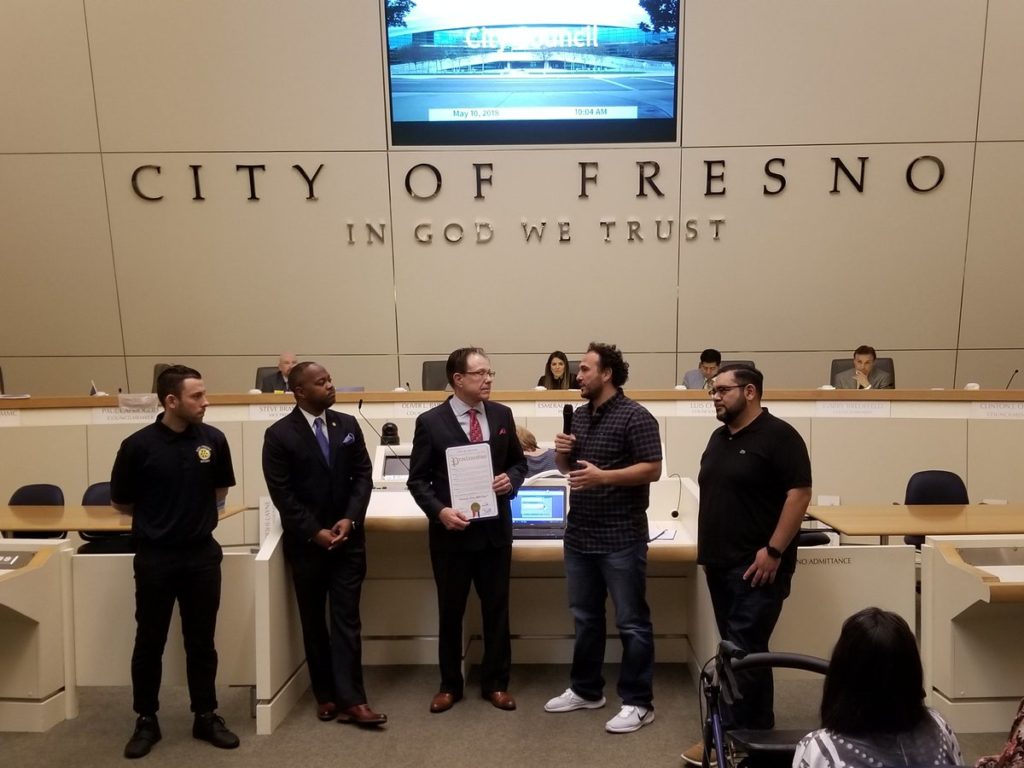 Steve Brandau is gone from the Fresno City Council. Once again, ceremonial presentations rule the roost.

But that has done nothing to resolve Brandau’s fundamental question: When does City Hall’s desire to honor worthy Fresnans turn into an abuse of Fresnans’ time?

I’m sure all seven recipients deserve a City Hall proclamation honoring their contributions to our city and region.

But, as you may recall, the council back in December changed its rules of procedure regarding ceremonial presentations. Council Member Steve Brandau sponsored the change.

The new rule limited the number of ceremonial presentations to no more than four per council meeting. There are seven council members. Each council member always has lots of important constituents to honor with an official proclamation presented in the Council Chamber. A nice speech from the sponsoring council member and perhaps a representative of the Mayor’s Office doesn’t hurt anyone’s feelings.

In other words, demand outstripped supply with the new rule.

For those reasons, getting a ceremonial presentation on the agenda was to be on a first come, first served basis. Wait too long, and a council member’s proclamation got kicked into the future. The council doesn’t meet every week. I’ve found that council members don’t like to wait for their moment in a spotlight that serves both civic virtue and campaign realities.

I wondered in December how long the new rule would survive. Turns out it wasn’t long.

Brandau was probably the new rule’s only chance. He started the 2019 calendar year as council president. In that position, he played a key role in setting the agenda.

But Brandau in a special election was elected to the Fresno County Board of Supervisors. He resigned a few weeks ago to begin his new job. Caprioglio succeeded him as president.

I called Caprioglio on Monday. In light of Thursday’s agenda, I asked, what about the “four-proclamations-per-meeting” rule?

In a nutshell, it appears a council majority was never too keen on the proclamation limitation. And since the council makes its own rules for meeting operations, there is really no problem in simply ignoring a pesky piece of red tape anytime it so desires.

“I’m all for honoring people,” said Caprioglio, who is sponsoring three of Thursday’s seven proclamations. “At the same time, I try to be aware of people’s time.”

Let’s say you have four proclamations. Let’s say each proclamation is summarized by the sponsoring council member rather than read in full by the City Clerk. Let’s say speeches are kept to a minimum and photographs proceed swiftly. The four ceremonies might take a total of 20 minutes.

Citizens and city staffers waiting in the audience for important hearings can handle a 20-minute wait.

But let’s say there are eight proclamations. Let’s say each proclamation is read in full by the City Clerk. Let’s say the sponsoring council member has lots of important things to say about the honored citizen/group. Let’s say several of the honorees are groups, of which three or four key players grab the opportunity to make speeches of gratitude.

The ceremonial presentation portion of the agenda could easily shoot well past an hour in length.

My advice to the public: Give the agenda a good read before heading to a council meeting. If you seen a dozen ceremonial proclamations there, sleep in.