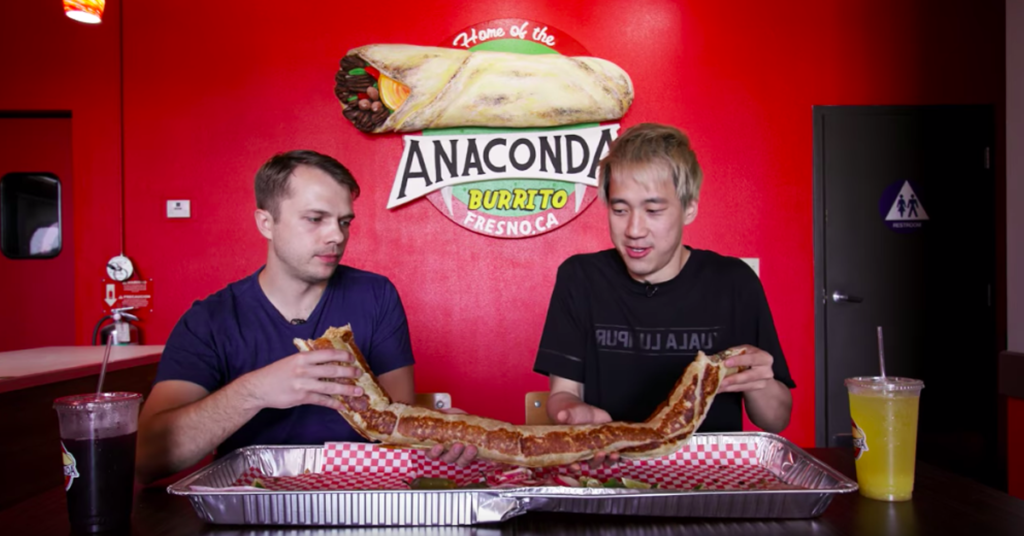 A Fresno taqueria and its gargantuan “Anaconda” burrito received a boost last week courtesy of a BuzzFeed YouTube show.

Taqueria Yarelis, located near Belmont and Fresno streets in Fresno, was one of three purveyors of burritos featured on the season six premiere of BuzzFeed’s series “Worth It.”

While the Hollywood-based duo largely focus on offerings in Los Angeles, they have travelled to as far-flung locales as Australia and South Korea.

The “Worth It” crew highlighted Taqueria Yarelis’ three-foot-long Anaconda burrito.

The burrito itself went viral in 2016 when Yarelis owner Edwin Espinoza posted a video of him assembling it.

During the show, Espinoza notes that the popularity of the Anaconda burrito allowed his family to buy a house.

Before stopping to visit Espinoza, the “Worth It” crew visited Fresno’s famous Forestiere Underground Gardens. They also visited Tioga-Sequoia Brewery in downtown.

Lucky for Fresnans, the Anaconda burrito was Lim’s “Worth It winner”