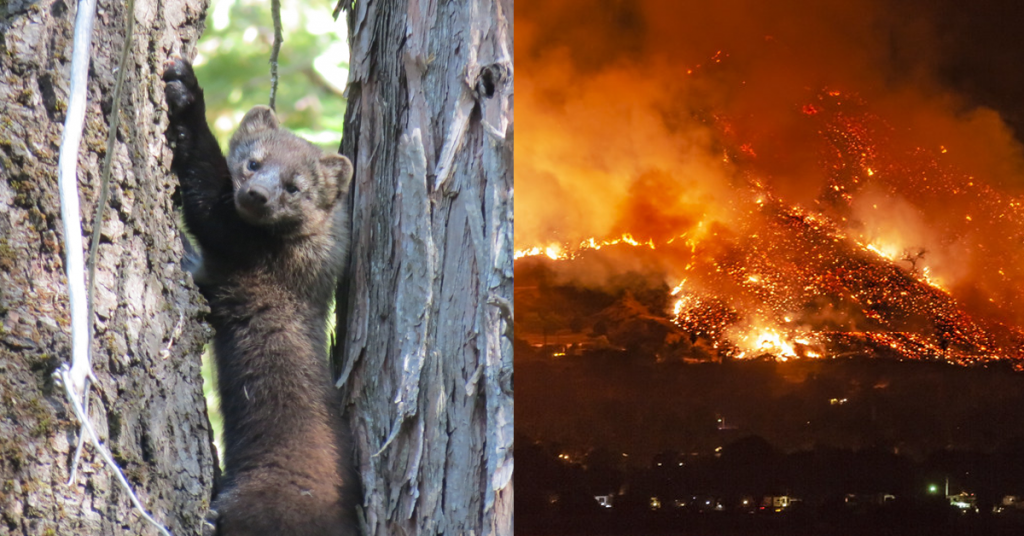 While federal wildlife officials are pushing to designate a wide swath of the southern Sierra Nevada mountain range as protected habitat, Fresno County Supervisor Nathan Magsig has emerged as a leading opponent of the move, pressing for greater forest management in the Sierras.

Magsig, whose district covers the Sierra Nevada portion of Fresno County, penned a letter to the U.S. Fish and Wildlife Service in late October opposing the proposal to dedicate over 550,000 acres as critical habitat for the fisher mammal.

If the federal officials implement the proposal, preserving the denning habitats of the weasel-like Fisher would be a top priority in the selected region ranging from Tuolumne County to Tulare County, meaning forest management services would be held out.

The push by federal officials comes on the heels of the devastating Creek Fire, which destroyed much of the fisher’s habitat.

“These fires have not only destroyed the homes and businesses of countless people, but also contributed to the incalculable deaths of wildlife that lived in those forests,” Magsig wrote. “While I respect that the Service supports land management activities that contribute to healthy forests, history has not been kind to the federal government and its forest management policies.”

Magsig noted that the recreational enjoyment and livelihood of hikers, backpackers and residents depends on a healthy forest, meaning they would naturally favor proper forest management.

“State and Federal laws and regulations have contributed to the forest’s current condition and the devastating outcomes we’ve experienced. My constituents and I believe it’s best to leave the forest preservation and management to local control.”

Without proper forest management, Magsig argued that the fisher could face an even worse outcome than it is currently dealing with.

“If the government approves a vast amount of acreage as sanctuary land for the fisher, it will keep they public out, ban timber harvesting and thinning of dead and dying trees, inhibit controlled burning, and prevent other crucial methods of maintaining a healthy forest,” Magsig wrote.

“To go down this road could mean the ironic and ultimate end of wildlife in the proposed area, including the fisher.”

In addition to Magsig’s opposition, last week the Tulare County Board of Supervisors also sent a letter to the U.S. Fish and Wildlife Service, arguing that the proposal would not actually address the solution to the cause of habitat loss.

As with Magsig, Tulare County lawmakers advocated for forest management, including low-severity forest fires as one strategy to keep the forests well-maintained.

The fisher has also served as the center of attention for environmental groups looking to remove the logging industry and other forest management services from the Sierra Nevada mountains.

Three such environmental groups sued the U.S. Forest Service earlier this year over pre-approved logging activities surrounding the damage of the Creek Fire.

At its centerpoint was the fisher, with the suit arguing that the logging practices would eliminate habitat for the species.

But their lawsuit was struck down by Fresno-based Federal judge Dale A. Drozd, who ruled that federal officials had followed the law in regards to the study of the fisher population and also noted the long-term benefits that the species would receive from the effects of logging.