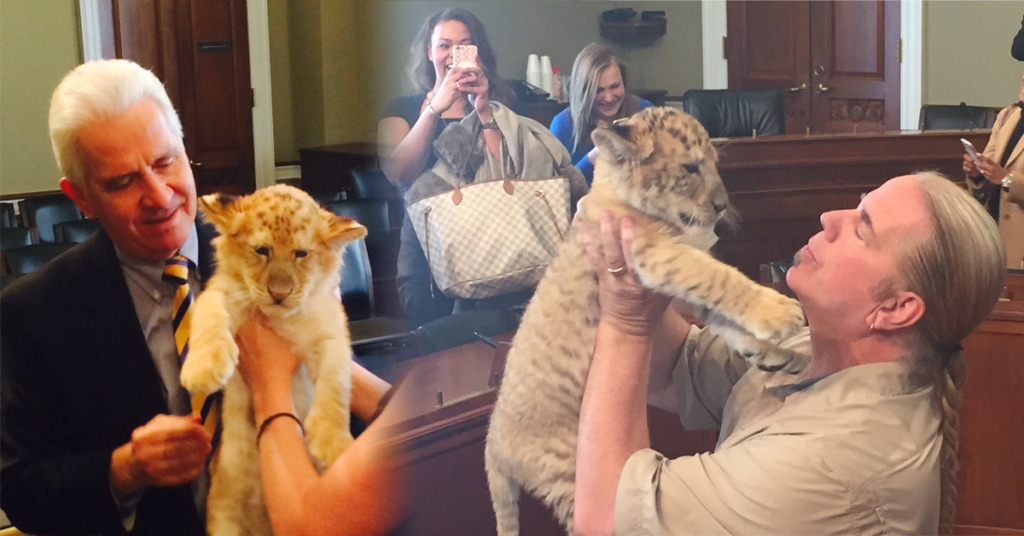 Aside from coronavirus itself, the second-most viral thing to come out of quarantine is the Netflix limited series “Tiger King.”

It appears one Valley Congressman had his own run-in with a subject from the documentary, along with his collection of exotic cubs.

With the series becoming the most-binge-watched feature on Netflix, the profiles of Maldonado-Passage, Baskin, and another big cat enthusiast, Bhagavan “Doc” Antle of Myrtle Beach, S.C., have dramatically risen.

Antle, the operator of The Institute of Greatly Endangered and Rare Species (TIGERS) Zoo in Myrtle Beach, S.C. is featured as a third-party to the feud between Joe Exotic and Baskin.

One episode is largely focused on Antle’s zoo and his zoo’s workforce, comprised of the big cat conservationist’s numerous girlfriends.

At a point in the series, Baskin bemoaned the fact that big cat exhibitors would visit Capitol Hill and show their cubs to members of Congress and staff for controlled meet-and-greets.

One Valley congressman, Rep. Jim Costa (D–Fresno) appears to have attended one of these meet and greets led by Antle himself.

So I started watching Tiger King on Netflix and it reminded me of a time when some group brought tiger cubs to Capitol Hill a few years ago. So I scrolled through my photo album and realized THAT IT WAS THE CRAZY DR. BHAGAVAN ANTLE GUY AND HIS WIVES!!! pic.twitter.com/KtUHNfuVsr

Smith tweeted that the meet-and-greet occurred in March 2015.