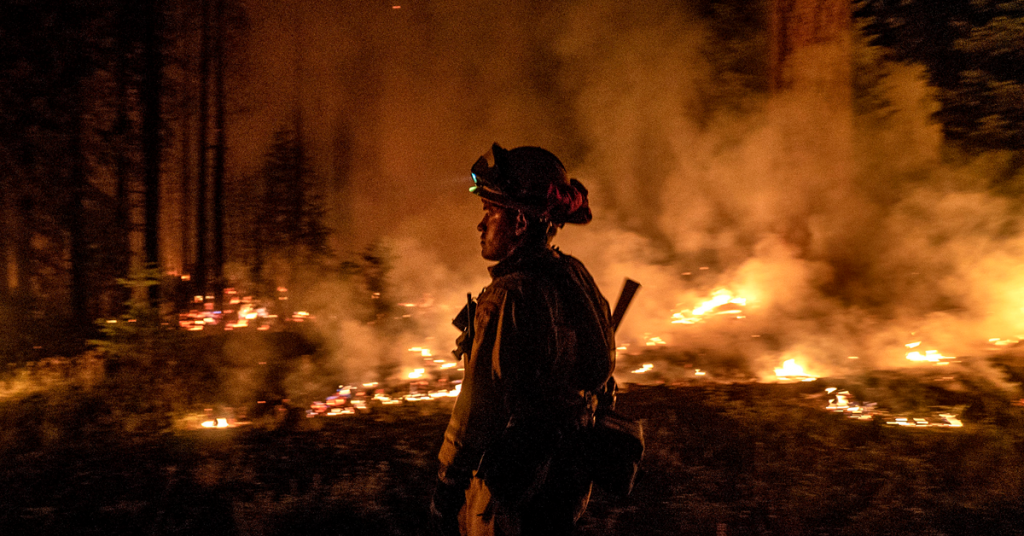 With wildfire season starting up once again in California, Rep. Connie Conway (R–Tulare) joined other House Republicans for a forum on the wildfire crisis on Thursday.

The forum was hosted by the Republican members of the House Committee on Natural Resources, of which Conway is a member.

“Alarmingly, this wildfire season is on pace to become the worst season on record. For decades, forest agencies have either failed to implement fundamental wildfire prevention measures or have been prevented from doing so by environmental regulations,” Conway said.

“Our forests deserve better. We urgently need ot use every available tool and technology to stop these devastating wildfires.”

Various wildfire experts joined the forum and testified as witnesses, including Rick Goddard, CEO of Caylym Technologies from Fresno.

Caylym’s Guardian system is one tool currently not being used by Federal forest and firefighting officials to combat devastating wildfires in the Sierra Nevada mountain range.

The company has helped fight wildfires overseas for years in countries including Israel, Romania, Greece, Thailand and Italy.

Its Guardian System consists of a cardboard box, fitted with a liner formatted to hold water, that can go in the rear of cargo military aircraft.

For the past eight years, the company has sought to supply the U.S. Forest Service, to no avail. That comes despite having passed inspections with the U.S. Air Force and Air Guard in 2018.

“It is well known that California has a history of destructive wildfires, which is why the California Department of Forestry and Fire Protection, as well as the U.S. Forest Service, have some of the most advanced firefighting operations in the nation. And yet, they are still having to make the tragic decision as to which homes or communities to save and which are left to the ravages of fire,” Goddard said.

“I applaud this group for highlighting such an important issue in our country – in terms of the devastating loss of life, the tragic loss of homes and businesses, and the profound and awful destruction and contamination of our environment.”

As discussed in the forum, this year is on pace to be the most destructive wildfire year of all time with over five million acres already lost.

The forum also discussed the extreme drought currently plaguing California, with 76 percent of the state currently under severe drought conditions or worse.

GOP representatives spoke against environmental groups which they consider to be extremist.