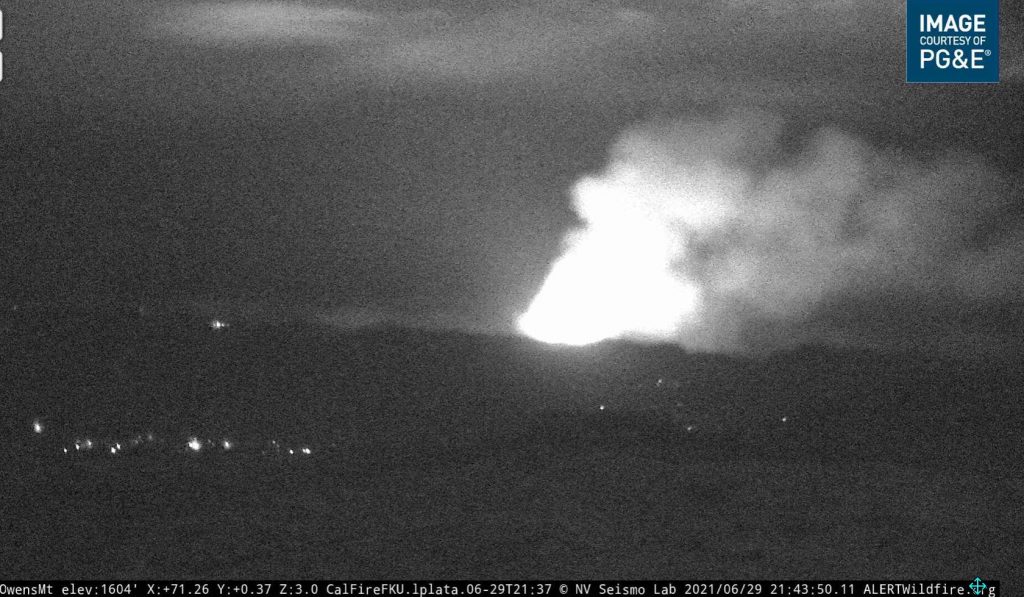 Nearly a year after the Creek Fire broke out and ravaged the Sierra National Forest, another fire is threatening the area south of Shaver Lake just ahead of Independence Day weekend.

Fire officials reported that the Blue Fire flared up around 4:30 p.m. on Tuesday near Big Creek Road and Soaproot Saddle Road, west of Bretz Mill Campground.

The cause of the wildfire is unknown.

As of the latest update Wednesday morning, the Blue Fire is burning timber, understory litter and short grass. It has a moderate rate of spread with single tree and group torching with short crown runs being observed.

The Blue Fire is burning in a north west direction toward the same area that was affected by the Creek Fire and the ridge line at Soaproot Saddle, where there is a fuel break due to extensive hazard fuel reduction treatments.

“Initial projections were optimistic as the leading edge was heading towards a 2020 Creek Fire scar,” fire officials reported.

There are currently 100 personnel on hand with orders out to bring in an additional 100 people.

The Blue Fire has blazed to cover 400 acres with fire fighters achieving an early 10 percent containment.

Fire officials said they plan to conduct a full suppression initial attack to fully contain the fire, and crews are optimistic that they will gain ground and further their containment efforts.

Currently, only one structure is threatened by the fire so far.