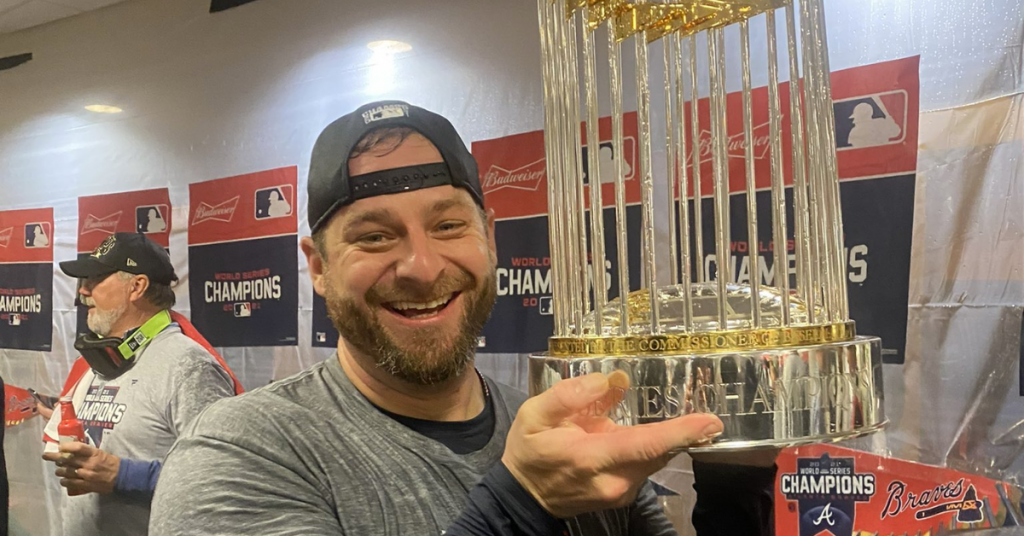 Stephen Vogt had quite the ideal retirement setup.

Finishing the 2021 season a World Series champion with the Braves opened the door for him to ride off into the sunset. Deep down, though, Vogt knew there was only one true perfect ending, and he got it.

Though Vogt played for six teams over 10 seasons in the big leagues, there’s no organization he identifies with more closely than the A’s. That’s why he chose to sign back with Oakland this spring despite receiving offers from other clubs. Prior to Thursday’s game against the Mariners, the 37-year-old catcher announced that he plans to retire at season’s end.

“It was something I wanted to do while we were in Oakland,” Vogt said of his decision to announce his retirement. “I made up my mind in late July that this was going to be it. I wanted to share it with people in Oakland and have some time before the end of the year to process and just enjoy the last couple of weeks. It felt fitting to do it in Oakland. … It just felt like this was the right time.”

Embodying the definition of perseverance, Vogt began his Major League career by going 0-for-32, the first 25 of those at-bats coming with the Rays before he was designated for assignment and later traded to the A’s for cash considerations. On June 28, 2013, Vogt finally notched his first hit — a solo home run off Joe Kelly in a game against the Cardinals at the Coliseum.

Finding his footing as a big leaguer over that 2013 campaign as a 28-year-old rookie, Vogt went on to carve out a starring role with the A’s over the next few years, during which he became a two-time All-Star and helped Oakland reach the postseason in back-to-back seasons from ‘13-14. The ‘13 playoff run was especially memorable for Vogt, as he caught all five games of the American League Division Series against the Tigers and delivered a clutch walk-off single in Game 2 to send the Coliseum crowd into a frenzy.

Many of Vogt’s coaches and teammates have pegged him as a future manager. Asked Thursday what might be next for him, Vogt made his intentions clear.

“My end goal is to manage,” Vogt said. “I want to manage in the big leagues. I’ve played for seven amazing managers: Joe Maddon, Bob Melvin, Craig Counsell, Bruce Bochy, Torey Lovullo, Brian Snitker and now Mark Kotsay. I’ve learned so much from all of them. I appreciate them for what they taught me. I’ve learned a lot. I’ve been able to observe them and watch them work. So I’d love to do that. How do I get there? I don’t know. But I’d love to stay in the game.”