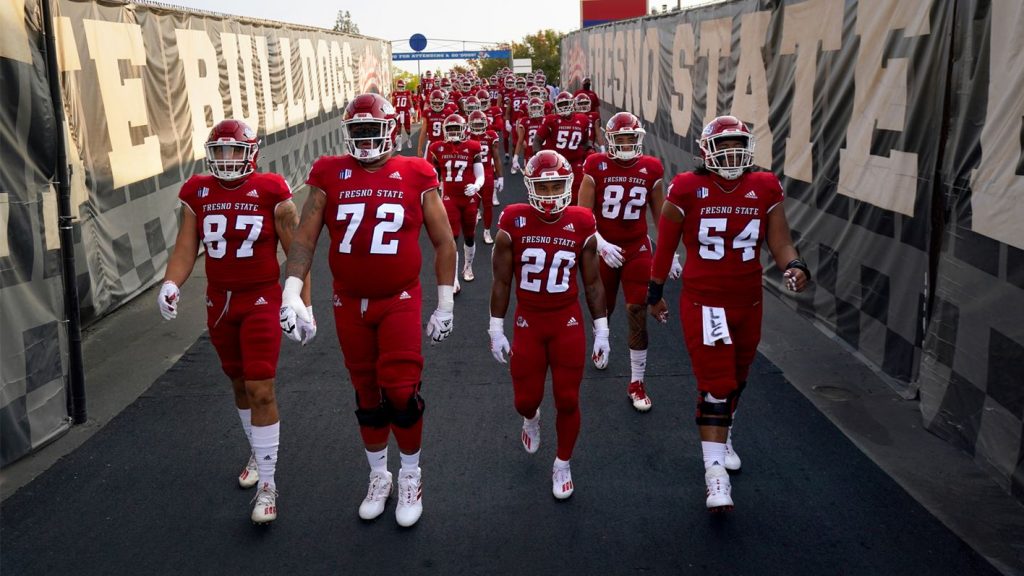 If Fresno State is to bounce back on Thursday and beat Colorado State, the Bulldogs will have to play a much more physical brand of football in the trenches than they did in Saturday’s loss to Hawaii.

The lack of physicality was apparent in the run game, which head coach Kalen DeBoer pointed to on Monday.

“I know what the run differential was,” DeBoer said. “We got out-physicaled for sure on Saturday.”

That run differential leaned heavily in Hawaii’s favor, which came at a surprise given the fact that Hawaii has been famous over the past couple decades for being a pass-first team.

The Rainbow Warriors ran for 323 yards while the Bulldogs only managed 120. With Colorado State coming in, the ‘Dogs will see an opposing running back in Marcus McElroy who had a career-high 117 rushing yards and 2 touchdowns in last year’s contest.

Fresno State should be up against more of the same on Thursday, considering the head coach the ‘Dogs will see on the opposing sideline. To say new Colorado State head coach Steve Addazio likes to run the ball would be an understatement.

Take a look at Addazio’s time as the head coach at Boston College from 2013-2019. He only had one season (2018) where his team had more passing yards than rushing yards, and he had a running back rush for over 1,000 yards in five seasons – including All-American Andre Williams, who ran for over 2,100 yards in 2013.

DeBoer and Fresno State have not had the opportunity to see exactly what this Addazio Colorado State team will look like since the Rams’ season opener against New Mexico was cancelled due to COVID-19 concerns.

To make matters more interesting, Addazio has still refused to name a starting quarterback as of Tuesday, instead listing three players in the starting spot on the depth chart.

According to a report from the Coloradoan, Addazio’s secretive nature with this process is in large part due to the COVID-19 contact tracing protocols that have required some players to miss time to quarantine, even if they did not contract COVID-19.

That leaves Fresno State’s defense with a big question: Who will the ‘Dogs see under center Thursday?

In all likelihood, Patrick O’Brien will be the guy. O’Brien has the most experience after playing in 11 games last year and throwing for 2,803 yards and 13 touchdowns.

Last year O’Brien had 322 yards through the air to go along with 2 touchdowns and 1 interception against the Bulldogs.

“That’s pretty much who we’re gameplanning for,” Perales said. “But we’ll be ready for whoever is in there.”

However, it’s all about stopping the run Thursday, regardless of whether or not O’Brien is under center.

“We’ve got to stop the run first before we can think about pass,” Perales said.

Since stopping the run is of paramount importance, Perales said the defense has studied film from Addazio’s time at Boston College.

“We watched a lot of film on Boston College, and they have a lot of tight end sets – and like to run power and counter and just run the ball down the opponent’s throats,” Perales said. “If we could stop the run, then this game should be going pretty good.”