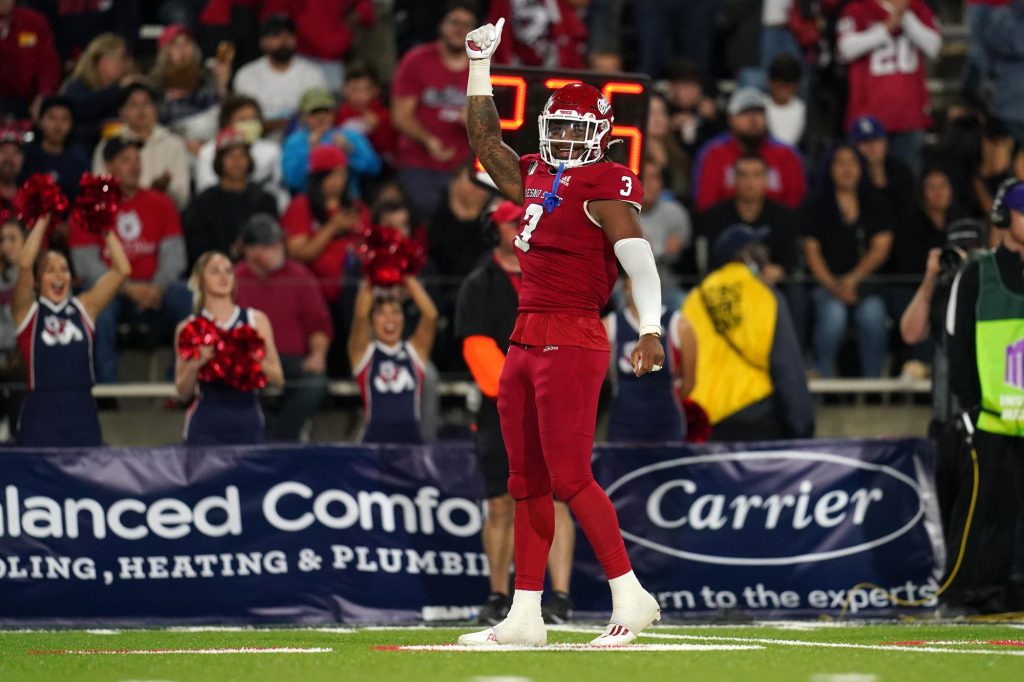 Last week’s NFL Draft came and went without former Fresno State star Arron Mosby hearing his name called, but within minutes of the last pick, Mosby had several teams calling in an attempt to bring him on board.

Ultimately he chose to sign as an undrafted free agent with the Panthers.

When asked if he thought he was going to get drafted, Mosby said he “honestly did, but it happens.”

“There are Power 5 players and they didn’t get drafted, so you never know how the draft is going to work after the second round,” Mosby said. “It is what it is.”

It’s just another chip on his shoulder motivating him to make the team.

Mosby came out of Sanger High School in 2017 as a two-star recruit safety without many scholarship offers.

He stayed local and quickly made an impact on special teams to get on the field. A few seasons in, Mosby moved to linebacker before finally settling at defensive end last year.

His move down to the line of scrimmage was a successful one as he racked up 15.5 tackles for loss, 6 sacks and a nation-leading 6 forced fumbles.

“The biggest chip I’ve got on my shoulder right now is [going] undrafted,” Mosby said. “Just going in there and proving to people that I could’ve been a fifth, sixth, seventh round pick. It’s never a bad thing. You just go with it and go from there.”

With all of the interest from NFL teams immediately following the draft, Mosby signed with the Panthers because of their desire to use him at multiple positions.

“They play multiple defenses, so really just them saying they’re going to use my versatility playing different positions and things like that,” Mosby said. “I would say that was probably the best fit because now I know I can play multiple positions over there, and they can use me other than one spot. So that makes me more valuable for the team.”

He will head out to North Carolina and report to rookie mini camp on May 12. In the meantime Mosby said he has stayed in Fresno and has continued to train with the football team to prepare himself for his NFL opportunity.

Mosby also has a former Bulldog to model himself after: Mykal Walker.

Walker played defensive end and linebacker for Fresno State from 2017-2019 – overlapping with Mosby for three seasons – before getting drafted by the Atlanta Falcons in the fourth round.

What advice was Walker given Mosby?

“The biggest lie the Devil can tell you is that you have time,” Walker told Mosby

“That goes back to time management,” Mosby said. “That’s basically what we’ve been talking about. You don’t have as much time as you think you have. That’s really just sitting around and not doing anything, time actually flies by. Just a couple days ago was during the draft. Now minicamp starts, and I’m actually leaving in the next week. Just really trying to use your time as much as possible, because time flies by for sure.”