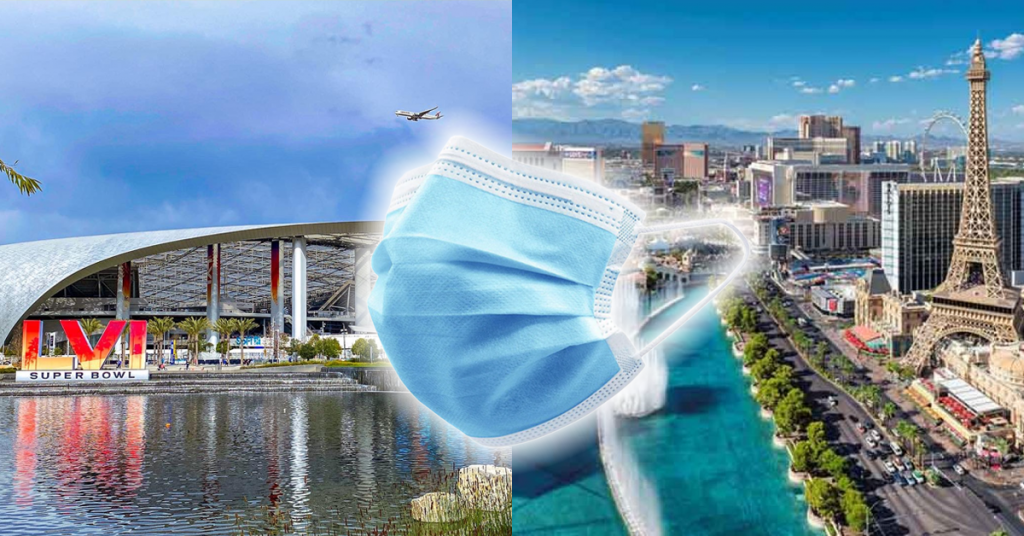 In the battle between western Governors’ mask mandates, it appears the Silver State will trump Super Bowl host California in lifting mask mandates.

“Masks will no longer be required in public places, but there are still some locations where you may be asked to wear a mask,” Sisolak said, regarding Emergency Directive 052.

The mask mandate will lift for all Nevadans, regardless of vaccination status. Individual businesses will be able to institute their own mask guidance if they choose. Also, the governor’s office encouraged any at-risk individuals with underlying health issues to continue to wear masks to to help protect their persons.

The announcement came after Newsom endured lengthy ridicule for attending the NFC Championship game at the stadium between the eventual NFC Champion Los Angeles Rams and San Francisco 49ers without wearing a mask.

Newsom subsequently lied about attending the game maskless, claiming he only took off his mask to take a now-infamous photo with Magic Johnson. Internal cameras at the stadium showed Newsom maskless multiple times during the game.

Public pressure was equally leveled at San Francisco Mayor London Breed and outgoing Los Angeles Mayor Eric Garcetti, who employed a Clintonian defense that he held his breath while taking photos at the game.

Thursday, California Republican lawmakers attempted to bring an end to California’s state of emergency related to the pandemic, citing the impending Super Bowl in the Golden State.

A procedural motion to suspend Newsom’s emergency powers failed in the California State Assembly by a 15-48 vote with 12 Assembly members not voting.