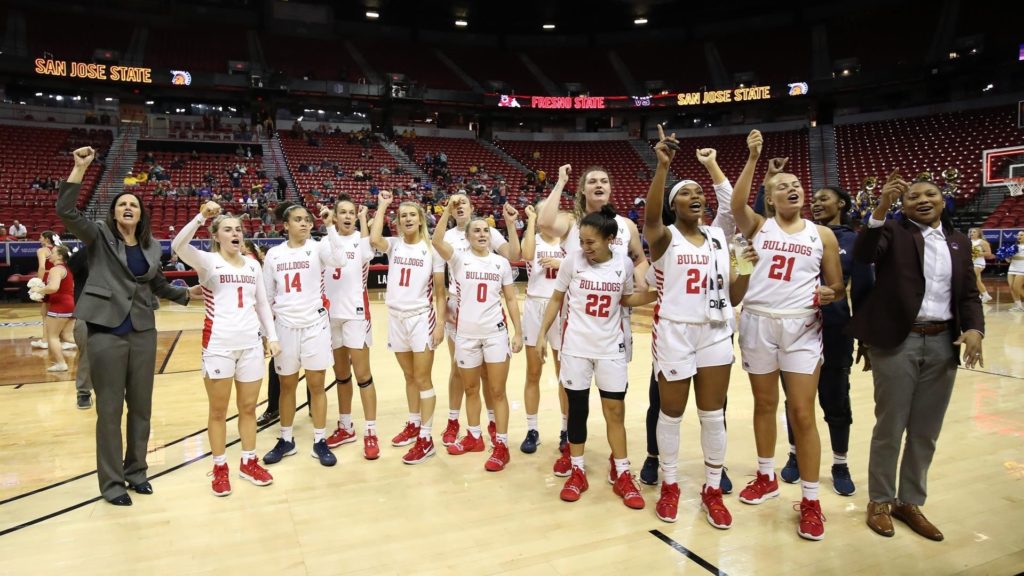 After a controversial loss to Boise State in the Mountain West Tournament championship game, the Fresno State women’s basketball team is left hoping the selection committee makes the right decision and puts the Bulldogs in the NCAA tournament as an at-large bid.

Boise State beat the Bulldogs 80-76 on Wednesday and earned the Mountain West’s automatic bid into the Big Dance.

Their selection to the tournament shouldn’t even be a question, but unfortunately for the ‘Dogs, it is.

They couldn’t find a way to win the conference tournament in regulation, and then the officials made a mockery of the final seconds of overtime and took away Fresno State’s shot at double overtime.

But there’s nothing the Bulldogs can do about it now. Mountain West commissioner Craig Thompson, however, should be lobbying the selection committee to get the Bulldogs in. If he’s not, then what’s the point of the regular season?

If Thompson doesn’t push hard to get the ‘Dogs, then he’s sending a very clear message to the Bulldogs: Going 16-2 in the conference in the regular season and winning the title is not worth nearly as much as winning three games in the conference tournament.

In a perfect world, the regular season champions would receive an automatic bid to the tournament. Hopefully that changes soon. In the meantime, the selection committee should reward the Bulldogs for their 25-7 season. Last year, nearly half of the teams did not have 25 wins.

If Fresno State is held out of the tournament, it will likely be because of its RPI, a ranking that takes winning percentage and strength of opponents into account. The Bulldogs currently rank 65th in RPI.

There are 64 teams that make the tournament. With the automatic bids due to conference tournaments, it’s not as simple as picking the top 64 teams in RPI. For example, Boise State is in with the 86th ranked RPI.

RPI shouldn’t be held in too high of regard to the committee. Several Power 5 schools rank above the ‘Dogs in RPI and have double digit losses. It’s not a perfect calculation.

Fresno State’s main competition for the final few spots in the tournament look to be the likes of Georgia Tech, UCF, Old Dominion, Iowa State and Western Kentucky, if ESPN’s bracketology is to be trusted.

UCF and Old Dominion fully deserve to make it based off their records and RPI. Fresno State ranks above Georgia Tech in RPI and has a far better record than Iowa State (17-11) and Western Kentucky is currently in third place in Conference-USA.

None of these other teams on the bubble have the regular season pedigree that the Bulldogs have. They are not winning their conference titles. Fresno State secured the championship with weeks to spare.

There’s precedent for a team from a non-Power 5 conference to make it to the Big Dance after slipping up in the conference tournament.

Fresno State could slide in as a 13 or 14 seed and be in the right place.

March Madness is all about storylines and underdogs, and the committee needs to take that into consideration.

You’ll be hard-pressed to find a better story in college basketball than the Cavinder twins. How often do you find a pair of twins playing on the same team and at such a high level as freshmen? You don’t – it just doesn’t happen. They’ve gotten fans in the seats at the Save Mart Center, and they’ll draw ratings better than most of their competition.

Aly Gamez is the toughest, grittiest player in the conference who makes clutch shot after clutch shot. Maddi Utti is one of the best all-around players on the west coast.

Fresno State’s skill, flashy play and crazy fourth quarter comebacks have made for a truly compelling season, one that the NCAA would be crazy to not want to continue on in March. The Bulldogs are simply too good to be left out. Hopefully the selection committee agrees.