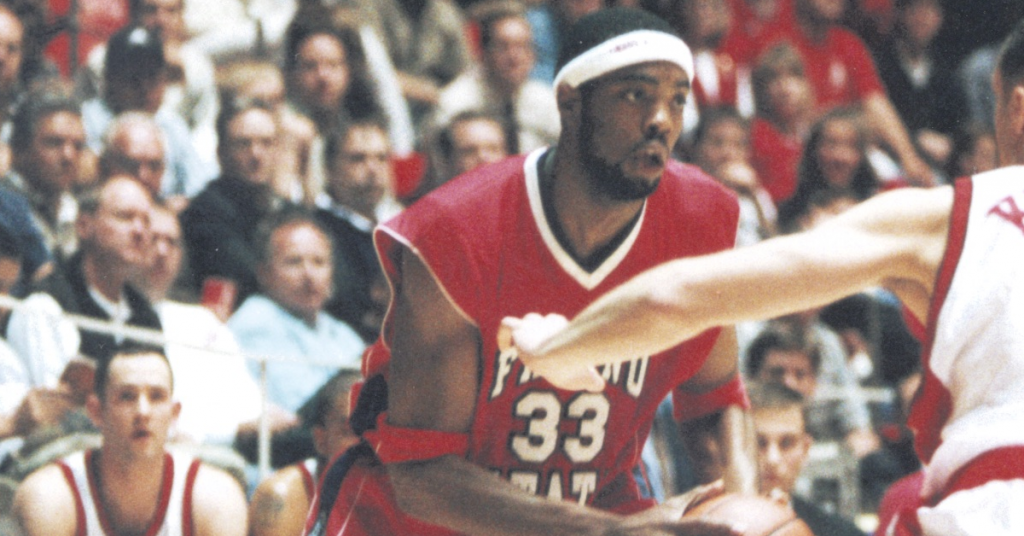 Former Fresno State standout Melvin Ely is one of a dozen former NBA players charged by Federal prosecutors for a scheme to defraud the NBA player’s health program.

Melvin Ely, 43, was arrested in the Chicago area Thursday morning and are scheduled to appear at the Dirksen U.S. Courthouse in Chicago.

The 32-page indictment unsealed in New York charges 19 defendants, including 18 former NBA players, with defrauding the NBA’s Health and Welfare Benefit Plan, which is funded largely by the league’s 30 teams, out of approximately $4 million. Among the other ex-players charged were Sebastian Telfair, Glen “Big Baby” Davis and Darius Miles.

Ely, a 6-foot-10 power forward, was a McDonald’s all-American at Harvey Thornton High School before playing at Fresno State. He was drafted by the Los Angeles Clippers as the 12th overall pick in the 2002 NBA draft. His NBA career ended with the Washington Wizards in 2014.

The allegations against Ely center on a medical office in Washington state — identified only as “Wellness Office 1″ — that specializes in “sexual health, anti-aging, and general well-being,” according to the indictment.

From March 2019 to January 2020, Ely submitted a series of false invoices purporting to show he’d been treated at the center when in fact he was not in Washington at all, the indictment alleged.

His invoices also matched exactly those of another defendant, Milt Palacio, a former player and current assistant coach of the Portland Trail Blazers, the indictment alleged.

In all, Ely’s submitted $206,000 in claims for services never rendered by Wellness Center 1 to the player’s health program, the indictment alleged.