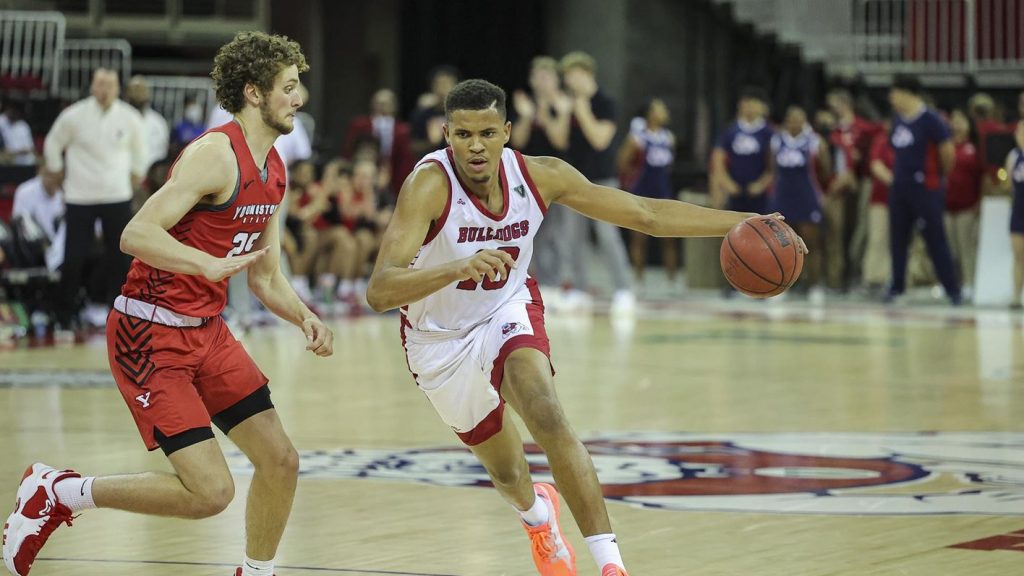 Coming out with one of their quickest starts of the year, the Bulldogs built up enough breathing room early and never let up to win The Basketball Classic, beating Coastal Carolina on the road 85-74.

With the win, Fresno State wraps up its season with a 22-13 record and is one of the few teams in the country to be able to end the year with a victory.

Fresno State came out with a strong offensive showing to open up the game, taking a 13-1 lead not even four minutes in.

That early lead came on the back of three makes from beyond the three-point arc, something that was not a strong suit for the Bulldogs for most of the season.

Coastal Carolina stopped the bleeding and pulled within three points as the ‘Dogs lost their momentum on the offensive end over the following six minutes to the midway point of the first half.

But the ‘Dogs regrouped and went on a 29-14 run to close out the half.

Much of Fresno State’s early success was fueled by guard Destin Whitaker, who scored 15 points in the first half and finished with a career-high 18 points. All of Whitaker’s points came on three-point attempts as he went a perfect 6-6 from deep.

The second half belonged to star forward Orlando Robinson and guard Jordan Campbell.

Robinson scored 12 points in the second half to total 20 for the game, going along with a game-high 14 rebounds.

Campbell scored 10 of his 13 points in the second half as he helped keep Coastal Carolina at bay.

Point guard Isaiah Hill added 12 points and 6 assists, and forward Leo Colimerio had another solid game with 13 points and 9 rebounds.

Coastal Carolina made things interesting in the latter minutes of the game, pulling within seven points with under two minutes remaining.

While Coastal Carolina pulled closer, Fresno State was able to maintain possession and force the Chanticleers to foul, which worked in the ‘Dogs’ favor as they sunk all six free throw attempts to put the game on ice.