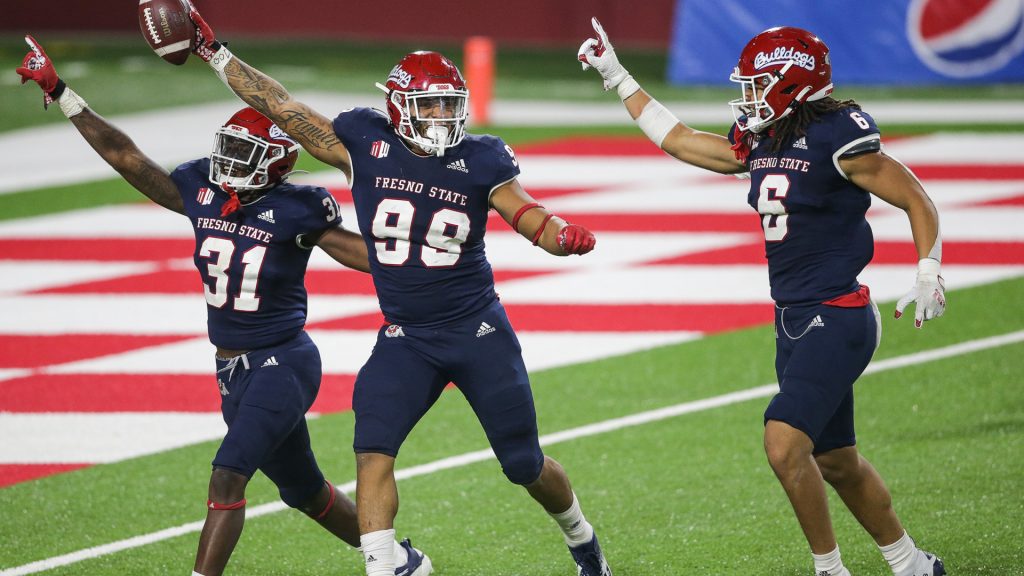 Fresno State’s battle for the Valley Trophy with San Jose State on Saturday runs a little more deep than a typical rivalry game for one Bulldog.

Defensive end David Perales was born in San Jose and moved to Merced when he was two. He went on to graduate from Merced High School before playing one season at Merced Junior College, after which he transferred to Sacramento State for the 2018 season.

He impressed in his one season at Sacramento State and transferred to Fresno State before the 2019 season, which he had to sit out per NCAA regulations.

Now he has gotten off to a good start in his Fresno State career, racking up 3.5 sacks in the first four games.

In his three trips through the recruiting process, Perales said the San Jose State coaching staff never reached out to him.

“Actually I always thought that maybe I could go there one day when I was younger, and they never reached out to me or anything,” Perales said. “I’ll make them pay for it.”

Even though any childhood dreams of playing for the Spartans never came to fruition, Perales has found a home at Fresno State and is playing with pride to represent the Central Valley.

In addition to a “209” tattoo – the Merced area code – Perales got a tattoo during this last summer of the Fresno State “V” that the Bulldogs wear on the backs of their helmets.

“I had to get the ‘V,’ because it not only represents the Valley, but it represents the Bulldogs and the team that gave me a chance to play football at this level and go to school for free,” Perales said. “It’s a blessing, and I’m very thankful for this school. That’s really the main reason why I got the Valley on my arm.”

With the recruiting snub and his pride for the Central Valley, Perales will play with a chip on his shoulder Saturday as the 4-0 Spartans enter Bulldog Stadium as the hottest team in the Mountain West.

Although the ‘Dogs are 3-1, San Jose State presents a much greater challenge than they have seen yet this year.

The three teams Fresno State has beat – Colorado State, UNLV and Utah State have a combined 1-10 record – but regardless of the strength of schedule, Perales thinks the Bulldogs will come away celebrating in the locker room with the Valley Trophy.

“I think regardless of the teams we played last, I think our team has built a better chemistry together, and everybody just knows that we have what it takes to get to the Mountain West Championship,” Perales said.