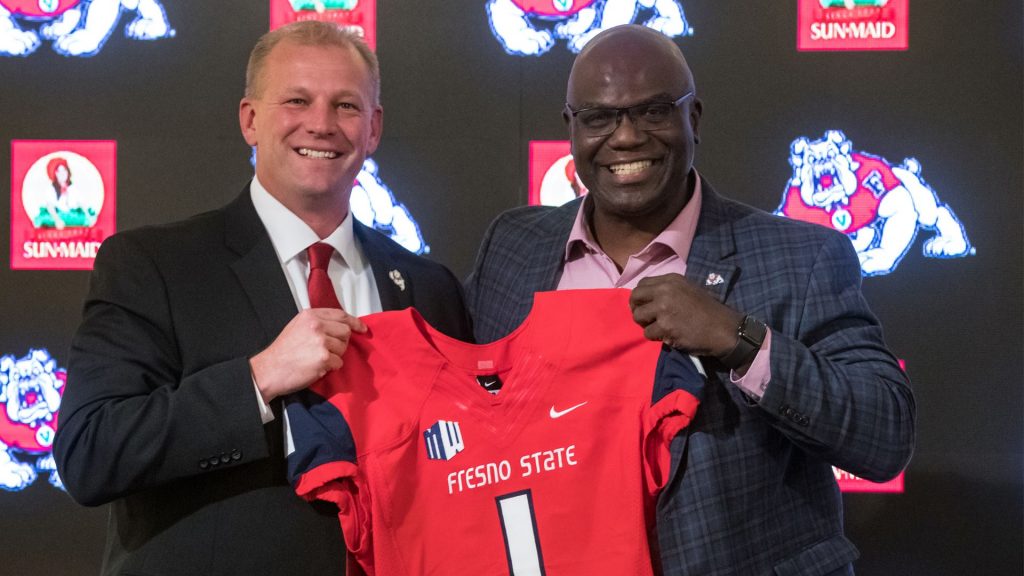 After the move had been rumored for several days, Fresno State Athletic Director Terry Tumey announced the news Monday afternoon.

“While we are saddened to see Coach DeBoer leave Fresno State, we are grateful for his service to our university and our community over the past two years. We did all that we could to keep Coach and his family in Fresno, but we understand that this is an incredible opportunity for them,” Tumey said in a statement.

“We will move swiftly and diligently in our search for a new head coach, while supporting our current student-athletes and actively recruiting the next generation of Bulldogs. There is no doubt that the tremendous young men in our program, as well as our long history of success on the field and the support of our passionate Red Wave fans base give us a uniquely strong foundation to move forward. The pride and tradition of Fresno State football will carry on.”

DeBoer leaves Fresno State having compiled a 12-6 record in his two seasons in charge.

Tumey selected DeBoer to take over for former head coach Jeff Tedford after he stepped down at the end of the 2019 season due to health concerns.

Tumey and university president Saul Jimenez-Sandoval will be tasked with finding DeBoer’s replacement.

According to reports from ESPN, Washington Athletic Director Jen Cohen is in Fresno to interview DeBoer on Monday.

Washington’s interest in DeBoer should come as no surprise to Fresno State fans.

DeBoer initially joined the Bulldogs as the offensive coordinator when Jeff Tedford was hired as head coach in 2017.

After leading one of the nation’s most successful offenses for two years, DeBoer left Fresno to take the same position at Indiana in 2019 and returned to the Valley following the season to take over as head coach when Tedford stepped down due to health concerns.

Although the Bulldogs had an up and down 2020 with the pandemic-shortened season – posting a 3-3 record – DeBoer led the ‘Dogs to a 9-3 record this year and caught national attention early on for Fresno State’s close loss to then-No. 11 Oregon and an upset on the road over then-No. 13 UCLA.

On the other hand, Washington limped to a 4-8 record in 2021, including a season-opening loss to FCS school Montana.

Washington fired head coach Jimmy Lake with two games remaining, opening the door for an up and coming coach like DeBoer to make the jump into the Pac-12.

A chartered flight from Seattle is scheduled to land at Fresno Yosemite International Airport at 11:05 a.m., according to flight tracking service FlightAware.