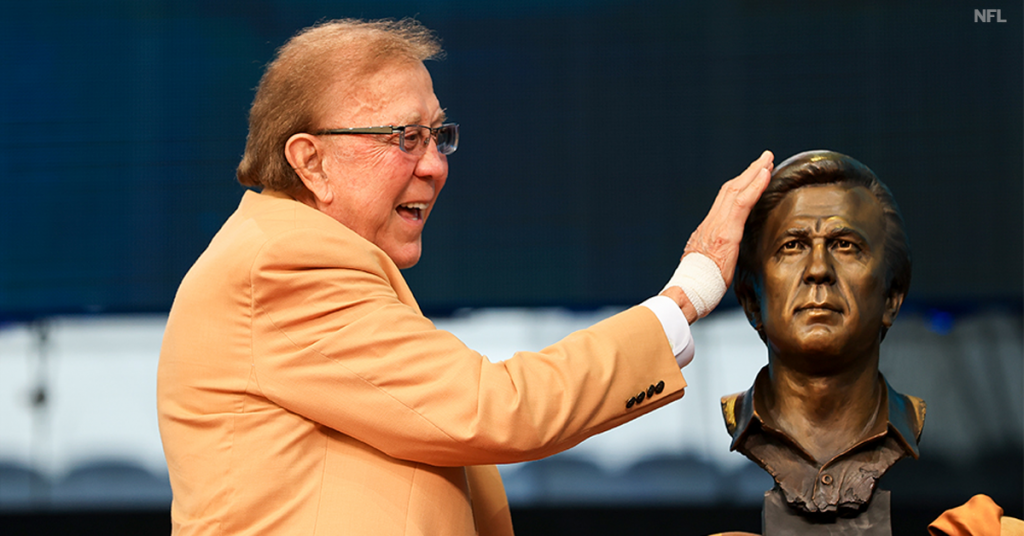 Tom Flores, the Raiders great and freshly-minted inductee into the Pro Football Hall of Fame, is coming home.

Flores, a Sanger native whose rise into professional football was filled with a number of firsts: first Mexican quarterback to win a Super Bowl and first minority NFL head coach.

His coaching accomplishments came at the helm of the Oakland and Los Angeles Raiders.

Friday, Flores returns to his hometown of Sanger to stand in for a coin flip at his namesake stadium as the Sanger Apaches take on the Kennedy Thunderbirds of Delano.

The following evening, he’s the guest of honor at a rally to celebrate his enshrinement in the Canton, Ohio-based hall.

Supporters are slated to gather at Tom Flores Stadium before departing for a parade down 7th Street.

7th Street is set to be rededicated as “Tom Flores Boulevard” with a ceremony featuring Sen. Melissa Hurtado (D-Sanger) and ribbon cutting on a finalized murals of the coach by Omar “Super” Huerta at 7th and N streets.

The weekend celebration is being spearheaded by the Sanger Chamber of Commerce and Coors Light.

The beer brand took on particular significance in the push to get Flores enshrined, crafting an entire advertising campaign to highlight his snubbing from the Hall and creating special edition cans featuring him.

Flores’ nickname in the game – “the Iceman” – didn’t hurt either.

Coors Light announced that they will be reissuing the commemorative Iceman beer cans in the Fresno market this month.