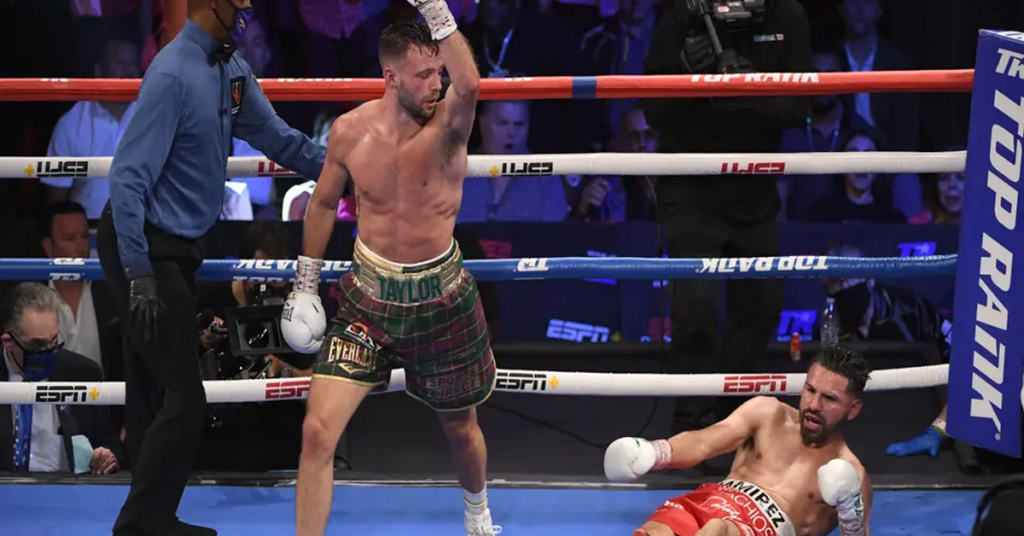 In a battle worthy of an undisputed title fight, Josh Taylor used a pair of knockdowns and some crisp boxing to defeat Jose Ramirez and become the undisputed super lightweight champion Saturday at the Virgin Hotel.

“I’ve trained for this all my life,” an emotional Taylor said.

Ramirez came out hard and was doing great work to Taylor’s body. But Taylor adjusted, using his straight left to keep Ramirez from rushing in, and turned the fight in his favor.

The decisive points came on knockdowns in the sixth and seventh rounds. In the sixth, they were fighting in Taylor’s corner early in the round. Ramirez missed a wild punch and Taylor ripped him with a left cross that put the Californian on the seat of his pants.

In the seventh, they were battling on the inside when Taylor fired the left uppercut from hell. He caught Ramirez on the chin and dropped him. Ramirez would have been stopped had there been much more time left, but by the time referee Kenny Bayless restarted the bout, there were less than 10 seconds left.