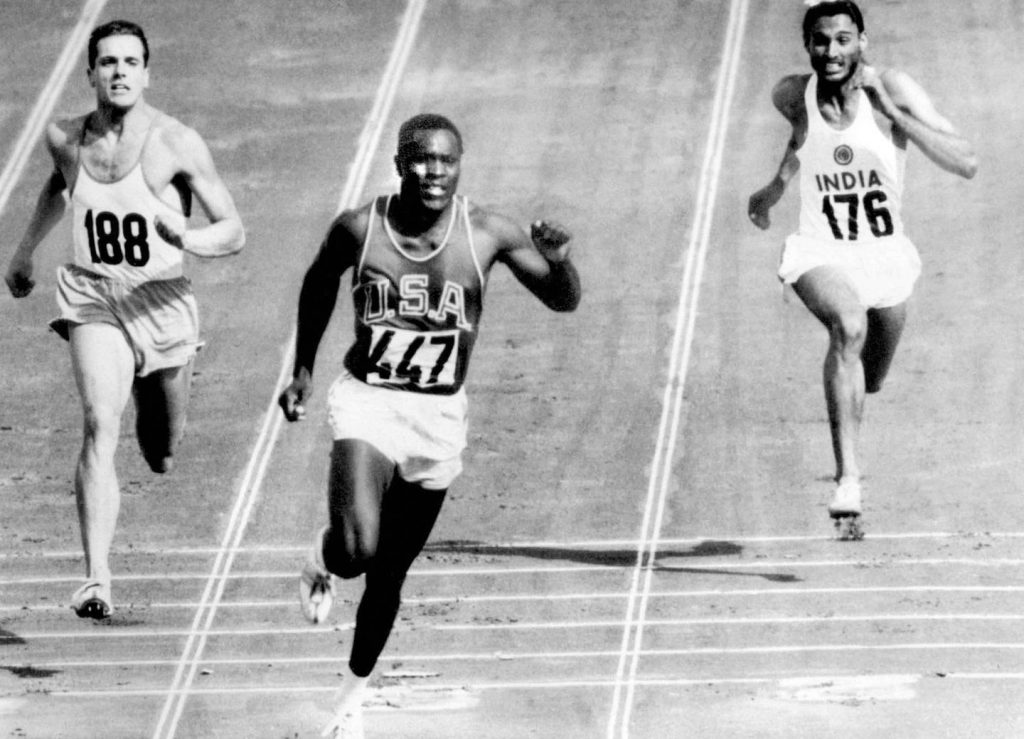 Rafer Johnson, who won the decathlon at the 1960 Rome Olympics and helped subdue Robert F. Kennedy’s assassin in 1968, died Wednesday. He was 86.

He died at his home in the Sherman Oaks section of Los Angeles, according to family friend Michael Roth. No cause of death was announced.

Born Rafer Lewis Johnson on Aug. 18, 1934, in Hillsboro, Texas, he moved to California in 1945 with his family, including his brother Jim, a future NFL Hall of Fame inductee. Although some sources cite Johnson’s birth year as 1935, the family has said that is incorrect.

They eventually settled in Kingsburg, near Fresno in the San Joaquin Valley. It was less than 25 miles from Tulare, the hometown of Mathias, who would win the decathlon at the 1948 and 1952 Olympics and prove an early inspiration to Johnson.

During his junior year of high school, Johnson’s coach took him to Tulare to watch Mathias compete in a decathlon, an experience Johnson later said spurred him to take up the grueling 10-event sport.

As a freshman at UCLA, where he received academic and athletic scholarships, Johnson won gold at the the 1955 Pan Am Games, and set a world record of 7,985 points.

Here’s more from the Associated Press.