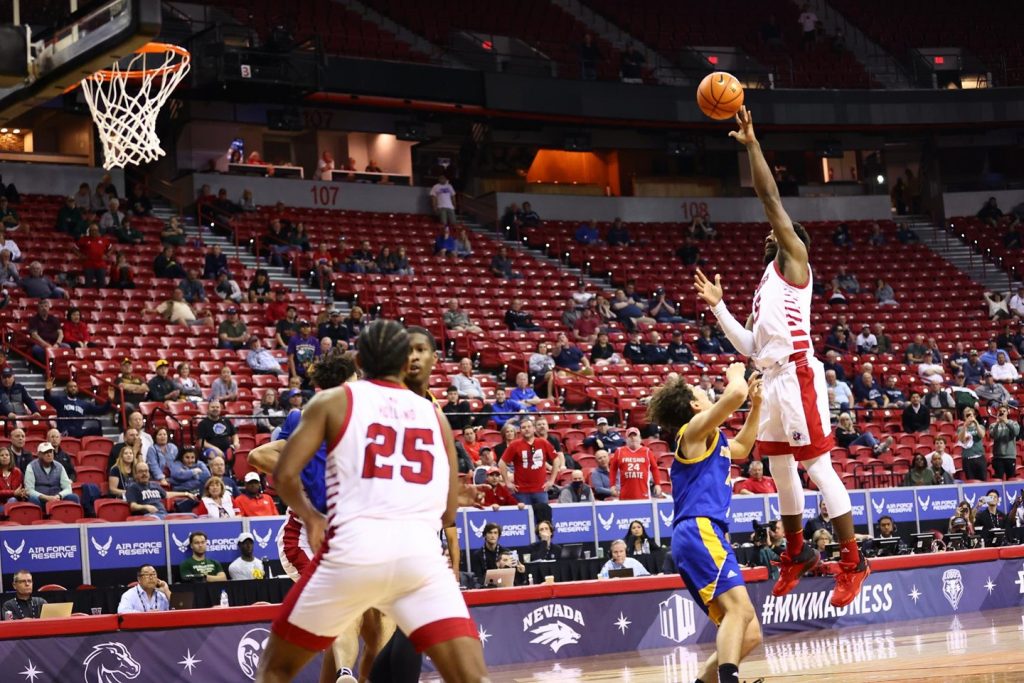 Once again, Orlando Robinson was the star of the show, leading the Bulldogs to an overtime victory over San Jose State to open up the Mountain West Tournament.

Fresno State needed every ounce of effort from Robinson – the star junior forward who could well be on his way to the NBA next season – to beat the Spartans 69-67 Tuesday evening in Las Vegas.

Robinson led the game with 31 points as we went 11-21 from the field and sunk 8 free throws.

The play of the game, however, came from junior guard Jordan Campbell in overtime.

With the game tied at 67 and just seconds remaining, Robinson passed the ball to Campbell, who dribbled left and in to the free throw line before tossing up a floater to make the game winning shot with 0.6 seconds left on the clock.

“The ball was in my hand with the clock winding down,” Campbell said after the game. “I just made the best play I could.”

Given Fresno State’s resounding victories over the Spartans earlier this season – two wins by 20 points and 30 points, respectively – the Bulldogs were clearly struggling with some fatigue Tuesday having to play their fourth game in the last 10 days due to the makeup games last week against San Diego State and Wyoming because of prior COVID-19 cancellations.

As Hutson noted, the ‘Dogs struggled to score with poor performances from deep and the charity strike, but Robinson was a consistent force all game on the inside, which the Spartans had no answer for.

Point guard Isaiah Hill was second on the team with 14 points and was 3-4 from three, providing Fresno State with much-needed range from deep.