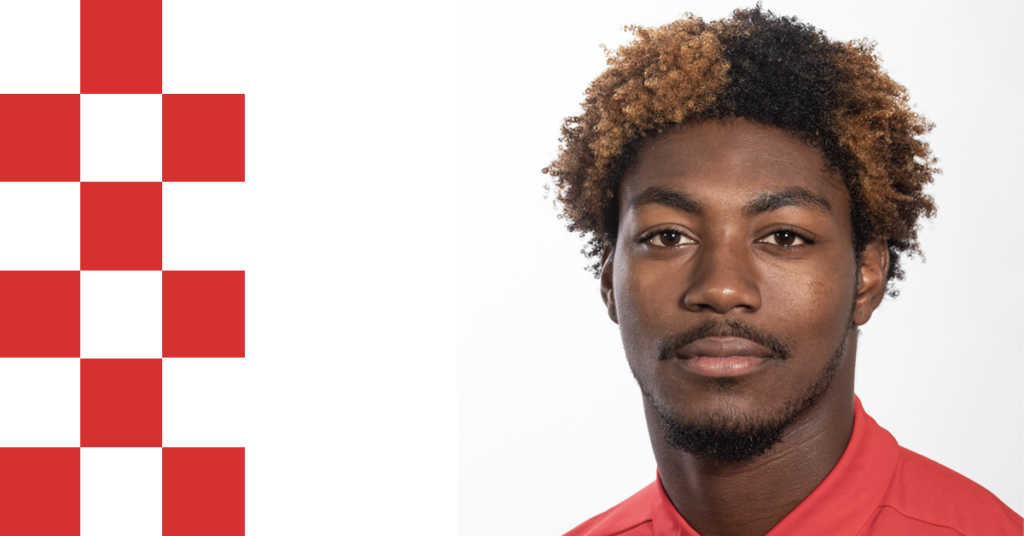 It was first-and-10 on Bulldogs’ 31-yard line, the third play of the game for Fresno State’s offense against New Mexico State last Saturday.

Enter Tulare native Emoryie Edwards, a redshirt freshman wide receiver who was finally making his long-awaited and highly-anticipated debut with the Bulldogs. Injuries kept him off the field up to this point, which presented challenges that would shape him early on from the outset of his career.

“I was running a bubble, and I read the coverage,” Edwards said. “I saw the backer was tucked, so I knew the ball was coming to me. The only thing that was going through my mind was just, ‘Don’t drop the ball. Just make sure you secure the catch first, and everything else after that is just going to happen.’”

He didn’t drop the ball. He received the quick pass from quarterback Jorge Reyna, turned upfield and found a crease to run.

After that first hit, the first action of his collegiate career, Edwards realized he wasn’t used to feeling contact like he just experienced. So he told himself to play fast, be physical and to not choke under pressure.

“After that it was just play football, do what you’ve been doing, do what you know what to do, look at the plays, don’t overthink,” Edwards said. “I was really bad at overthinking all week. I just told myself to not overthink and just play the game.”

It was a seven yard reception and the first taste of what was to come for Edwards. The receiver led the Bulldogs with 8 receptions for 70 yards in the 30-17 victory over the Aggies.

His journey to this point hasn’t been easy. He joined the ‘Dogs following a standout career at Tulare Union High School, where he set the CIF Central Section record for career receiving yards with 4,267. But after he joined the Bulldogs, he suffered a broken foot which sidelined him for the season.

“It sucked. I hated it,” Edwards said. “I felt like I wasn’t a part of the team at times. But just having a lot of insight from different guys that were hurt with me, kind of grew really close with them and formed bonds that are going to last forever. It was hard sitting out, missing everything.”

Even though sitting out the season was as difficult and as challenging as it was, it gave Edwards a chance to learn and grow off the field.

“I learned how headstrong I’ve got to be to make it,” Edwards said. “I’ve learned that recovery is a really big part of football. And I learned that football is a business, so to not take things personal because it’s really a business.”

When spring ball rolled around, Edwards turned heads and flashed his potential. He was putting himself in position to be one of the ‘Dogs’ top targets as Fresno State prepared to open the season at USC.

But as fall camp approached, he suffered another foot injury, which sidelined him into the early part of the season. Edwards dressed out when the Bulldogs hosted Sacramento State a couple weeks ago, but he didn’t play because he didn’t have enough practice reps under his belt.

Following the Sacramento State game, he put together a solid week of practice and was ready to go for the trip to New Mexico State.

“Obviously he’s been off the field quite a bit, so his knowledge of the offense has improved,” wide receivers coach Kirby Moore said. “And understanding the inside guys, outside guys, and really just the overall concepts, not just the specific route. That’s been awesome, and I think that’s really going to help him throughout this year just providing versatility within our room.”

Chris Coleman – a sophomore wide receiver who transitioned to cornerback last week due to injuries at the position – said Edwards is someone the offense can count on to make a big play when needed.

“He’s the most optimistic guy on the team,” Coleman said. “He knew his time was coming, and his time came. He took it and ran with it. So know we’ve got to keep feeding him, keep making sure we keep him dialed in on the offense, and just let him go to work.”

Now that his playing career is back on track, Edwards is able to represent Tulare on the field for the Bulldogs. He had offers to play for schools across the country, including Washington State, Oregon State, Duke and BYU.

“I stayed here because it was home,” Edwards said. “I’m a really big family guy. I like going back to see my dad, my little sister, my grandma, my grandpa, and I’m really close with my mom – that’s my rock. So just her to be able to come to every home game, some away games – that was a big important thing for me to have my family behind me while I’m going through all this.”

Since he stayed here, he’d like to see other highly recruited athletes from around the Central Valley follow in his steps and play for the Bulldogs.

“So I was thinking – start the trend,” Edwards said. “Let’s get all the good local talent that we can to stay home. This could be a powerhouse – easy as that.”

The Bulldogs are in the middle of their second bye week, and after a matchup at Air Force next week, Edwards will have his first opportunity to play in Bulldog Stadium when the ‘Dogs take on UNLV on Oct. 18.