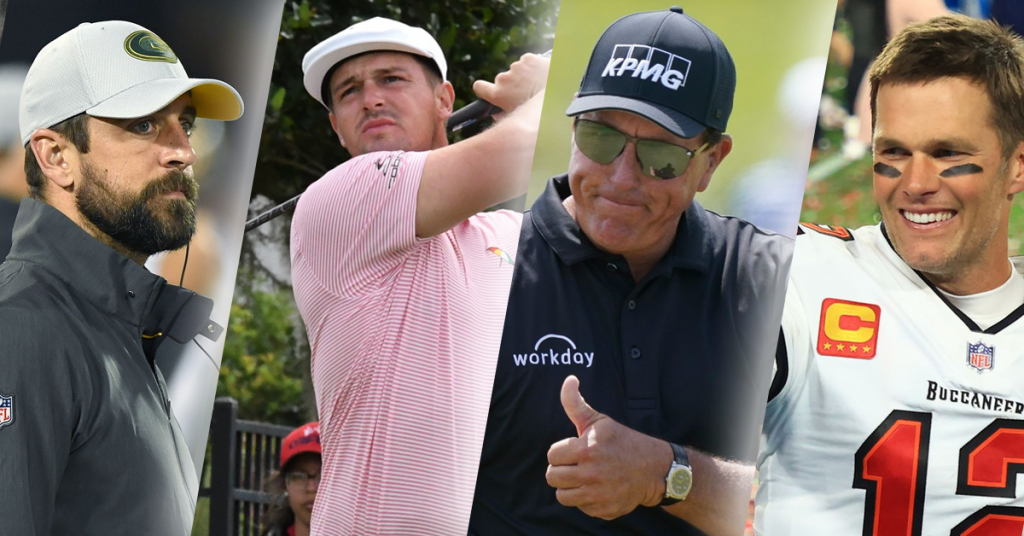 Days after Clovis East alum and PGA standout Bryson DeChambeau sparked a meme following the conclusion of the PGA Championship, he announced that he’ll pair up NFL Most Valuable Player Aaron Rodgers to form a in a much-hyped golf challenge in early July.

The 2020 U.S. Open champion is participating in the fourth-edition of “The Match,” hosted by Capitol One, to take place at Moonlight Basin in Big Sky, Mont. on July 6.

He and Rodgers will square off against a duo that’s participated in the past: newly-minted PGA Champion Phil Mickelson and Super Bowl MVP quarterback Tom Brady.

The first version of the Pro-Am, which took place in the depths of the coronavirus pandemic, featured Peyton Manning paired up with Tiger Woods against the Brady-Mickelson duo.

The 2020 showdown, held at Medalist Golf Club in Hobe Sound, Fla., was a follow-up to a 2018 head-to-head between Woods and Mickelson.

Woods and Manning won the 2020 Pro-Am by a single hole after a late rally by Mickelson and Brady.

Excited to team up with @AaronRodgers12 for The Match and take on @PhilMickelson and @TomBrady. Can’t wait to unleash the beast in Big Sky. Get your popcorn ready, this is going to be epic🍿 pic.twitter.com/ptZ0RoheWf

Brady, for his part, immediately started cracking jokes tying “The Match” announcement to DeChambeau’s run-in with PGA Championship runner-up Brooks Koepka with multiple attempts to get under his newly-dubbed opponents’ skin.