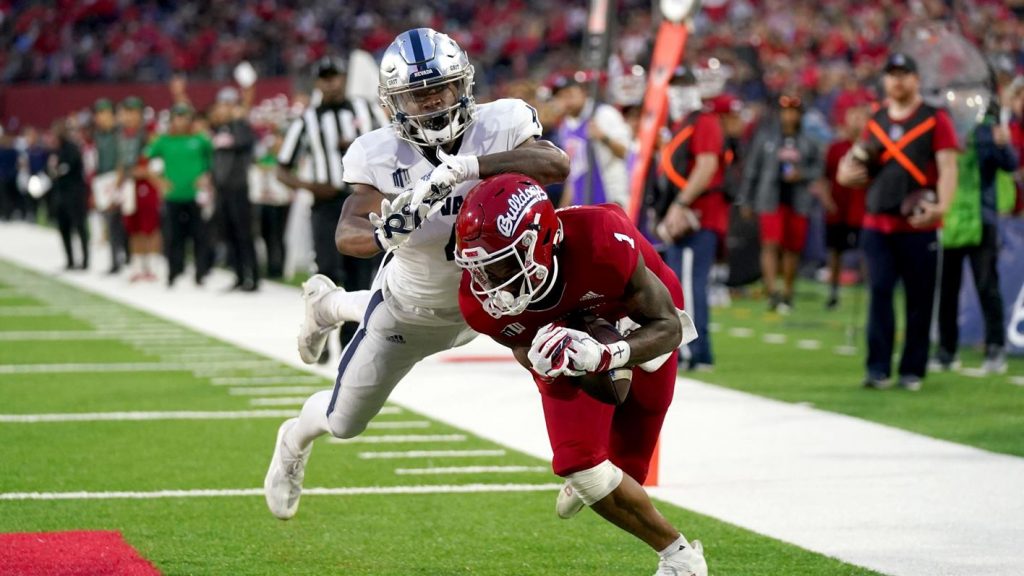 After taking care of business last week with a dominant 34-7 win over New Mexico, the Bulldogs can sit on the couch this week and enjoy the other games across the country as they rest up during the bye week.

But their rest will be short-lived. The Bulldogs have a road date with rival San Jose State on Thanksgiving.

Just a few weeks ago Fresno State fans probably thought the Bulldogs would be heading into this matchup with an opportunity to clinch a spot in the Mountain West Championship game.

But then came Boise State.

Despite the fact that the Broncos, 4-4 at the time, had their worst record in 20 years, they throttled the Bulldogs 40-14, sending the first sold out crowd in seven years at Bulldog Stadium home early.

That blowout loss to the Broncos was stunning, to say the least, and it dropped the Bulldogs down to third place in the West Division with a 5-2 record in conference.

Not all hope was lost, however.

Fresno State moved up to second with Nevada’s loss to San Diego State last week, but the Bulldogs need help if they are to find their way to the title game.

With a 5-1 record in conference – and 9-1 overall – the Aztecs sit above the ‘Dogs in first, although their lone loss came at the hands of Fresno State, giving the ‘Dogs the tiebreaker if such a situation arises.

In other words, one more San Diego State loss will hand the division back to Fresno State, as long as the Bulldogs beat the Spartans.

In all likelihood, that much-needed San Diego State loss won’t happen this weekend. The Aztecs travel to Las Vegas to take on 2-8 UNLV on Friday.

Sure, both of the Rebels’ wins have come in the last two weeks, but no one, not even Ken Jeong, should expect No. 19 San Diego State to lose.

That sets up an ironic matchup next Friday for Fresno State fans as the Aztecs return to their temporary home in Carson to host Boise State, wrapping up the season with one of the Mountain West’s highest profile games.

After practice Thursday, Fresno State Head Coach Kalen DeBoer said the team is focusing on what can be controlled, but acknowledged the reality of being forced to root for the rival Broncos.

“I know we’ll have our eyes glued to that game for sure,” DeBoer said.

But none of that will matter if the Bulldogs fail to take care of business in San Jose.