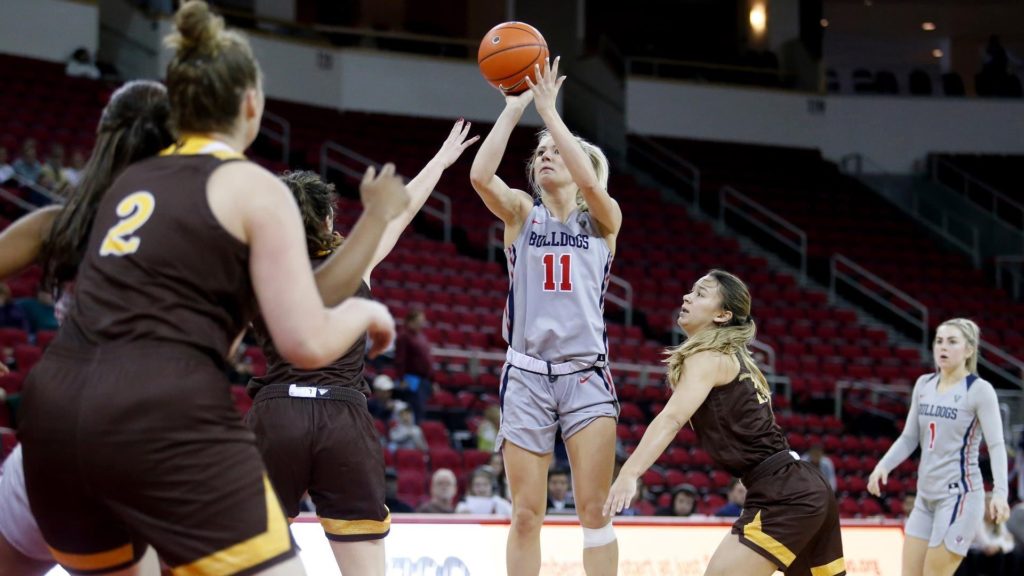 The Bulldogs are a little over the halfway point in a season that is looking more and more likely that it could be a special year for the women’s basketball team.

Winning the Mountain West and earning a berth in the NCAA Tournament is always the goal, but it’s starting to look like it is well within reach over the next couple months. The Bulldogs are 14-4 overall and 7-0 in conference, placing them atop the Mountain West Standings.

In other words, Fresno State is playing with a target on its back and will face every teams’ full force and effort in an attempt to knock the ‘Dogs off their perch.

“I feel like everybody’s going to come in here and give us our best game, and we have to be ready for that,” said head coach Jaime White. “As long as we treat everybody respectfully and we are ready for what they bring and what their strengths are, hopefully we can take advantage of some of their weaknesses.”

The Bulldogs are performing better than expected. They were picked to finish third in the preseason poll behind Boise State and New Mexico, and they didn’t receive any first-place votes.

New Mexico is languishing near the bottom of the standings and Boise State is currently 6-2 in conference, good for third place behind the 6-1 San Jose State Spartans.

Fresno State is also riding a six-game win streak following an 89-59 blowout win over Wyoming last Saturday. The ‘Dogs are preparing to add to that streak Wednesday evening at the Save Mart Center against a middle of the road Colorado State team.

The Bulldogs haven’t been invincible. They would like to have a mulligan with each of their four losses, but they’ve done a good job in moving past them.

Junior forward Maddi Utti has been at the crux of the ‘Dogs’ success, building on her defensive prowess from the previous two seasons to now excelling as a scorer. She leads the Bulldogs and is second in the conference with 17.2 points per game.

Utti was selected to the preseason all-conference team, but her growth on the offensive end has positioned her as arguably the premier player in the conference. Utti was named the Mountain West player of the week for the second week in a row on Monday.

In the win over Wyoming, Utti became the 25th player in program history to score 1,000 career points.

“She’s consistently grown her game too. Before, she was probably more of a defensive threat early in her career, and now she’s become more of an offensive threat.”

Freshmen guards – and twin sisters – Haley and Hanna Cavinder are right behind Utti, averaging 16.4 points per game each (Haley has scored 296 points this season while Hanna has scored 295).

Haley Cavinder and New Mexico’s Corina Carter were picked as the preseason co-freshman of the year, but Haley and Hanna will finish as the top two for the postseason award as are already two of the best guards in the Mountain West.

White knew the Cavinder twins would make an immediate impact with their speed on offense, but she wasn’t sure how they would play on defense.

“I think my question was defensively, and how they can defend, and how can they play together,” White said. “And they have done an exceptional job in being able to find a role and really fill it. Haley is doing such a good job rebounding for us right now, and they both are extremely tough and extremely competitive.

“I knew the competitive part. I knew offensively we’d be OK, but defensively they’re really come around. And their leadership – they have no fear, so they can step on a floor and they have good confidence and they really are ready to play and play hard and do whatever it takes.”

Colorado State is 9-9 on the season and ranks sixth in the Mountain West with a 3-4 conference record. The Rams are coming off a 60-40 win over Air Force last Saturday, but they lost the previous two matches to San Jose State 58-53 and New Mexico 73-62.

“They’ll have height on all of our players,” White said. “They won’t have as much speed as we’ll have, so hopefully we can take advantage of that opportunity. They do all the right things, so you really have to be ready for that. I think we’ve just got to play our game. If we play our game, we can test shots, we can make them take shots outside of their range or outside of their skill set, than I think we’ve done a good job.”

Utti added, “It’s definitely really hard to transition on them, so that’s something that we need to try to do even though they try to take that away from you. They slow it down a little bit more than we’re used to, so we’ve just got to try to push the ball.”

Colorado State is having trouble turning the ball over, ranking 9th nationally with 11.8 turnovers per game.

Lore Devos – the Rams’ best player last season – has missed most of the season due to injury. She returned a couple weeks ago and is averaging 5 points and 3.3 rebounds in limited minutes.