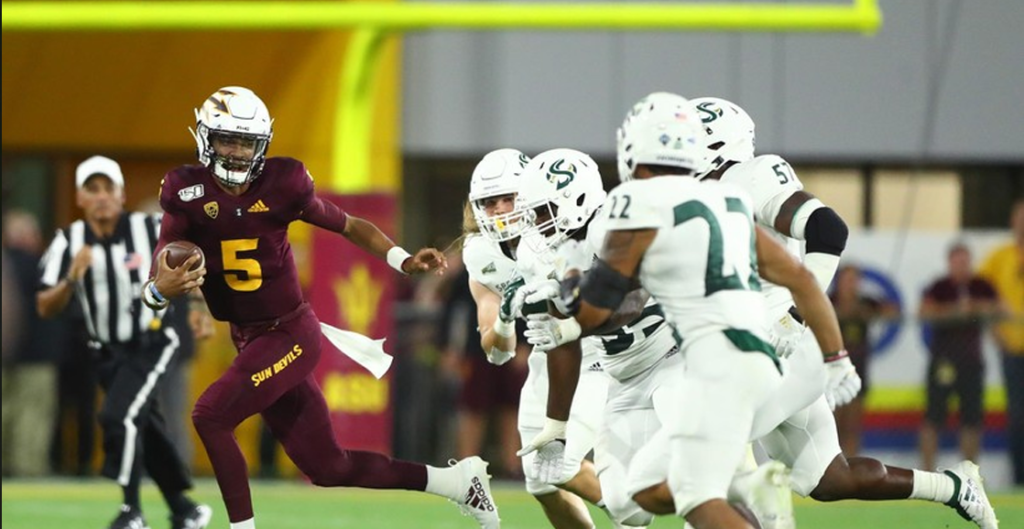 That respect is well deserved.

Even though Sacramento State is in the lower-tier Football Championship Subdivision, the Hornets come into Bulldog Stadium with one of the best run defenses in the country.

It’s very rare for an FCS school to compete with a Power 5 school, but Sacramento State did just that.

Head coach Troy Taylor is in his first year with the Hornets, coming from Utah, where he was the offensive coordinator and quarterbacks coach for two years.

It’s the defensive side of the ball that has been even more impressive, specifically the run defense.

The run defense is giving up only 59.3 yards per game and is led by a strong group of linebackers.

Two of those linebackers are making their return to the Fresno area. Marcus Hawkins, a junior, went to Sunnyside High School in Fresno and played for two years at Fresno City College before joining the Hornets. Miguel Garcia is a sophomore and went to Sanger High School. He played in 11 games last season for Sacramento State as a freshman.

On the offensive side of the ball, quarterback Kevin Thomson is off to a great start to the season. He’s thrown for 309 yards a game and has 10 touchdowns to just two interceptions. He’s also a threat on the ground, leading the team with 141 rushing yards.

Although Sacramento State has put together a very nice start to the season and looks to be one of the top teams in the FCS, there’s a reason why Fresno State is a 25.5 point favorite. There’s as big of a talent discrepancy as Fresno State will see all year.

The Hornets may keep it close at first with their stifling run defense, but other than that they don’t present too much of a challenge to the Bulldogs.