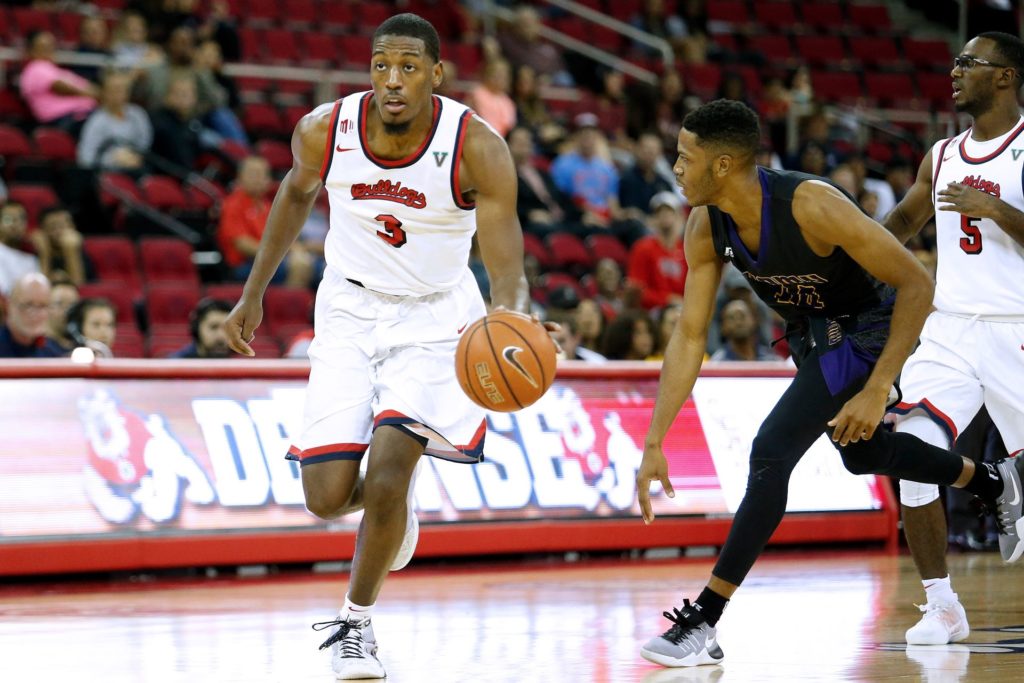 Former Bulldog forward Paul Watson signed a 10-day contract with the Atlanta Hawks on Monday after excelling in the G League so far this season.

Watson played for Fresno State from 2013-2017. In the 2013-2014 season he was named the Mountain West Freshman of the Year and a Freshman All-American.

He finished his Fresno State career with 1,361 points, placing him as the 16th best scorer in program history.

Watson joins two other former Bulldogs in the NBA: Paul George of the Los Angeles Clippers and Tyler Johnson of the Phoenix Suns. In total, 31 Bulldogs have made NBA rosters.

After graduating from Fresno State in 2017, Watson went undrafted in the NBA draft and signed with German team BG Göttingen. His time in Europe didn’t last long, however, and he was released after playing in one game.

In the 2017 G League draft, the Westchester Knicks drafted Watson fifth overall. Starting the 2019-2020 season, the Raptors 905 acquired Watson. Watson started all 13 games that he played in and  averaged 18.4 points per game.

Watson joins the last-place Hawks for a minimum of 10 days. After that, the Hawks will have the option to sign Watson for another 10 days, although that decision doesn’t have to be made immediately after the first contract expires.

If Watson signs on for another 10 days, the Hawks will have to decide to either sign him for the rest of the season or release him.

In 2015, Johnson played his way into the NBA on two 10-day contracts with the Miami Heat before signing on for two seasons. Watson has an opportunity to follow in Johnson’s footsteps.

The Hawks play at home on Monday against the Denver Nuggets. Watson will wear No. 2 for Atlanta.