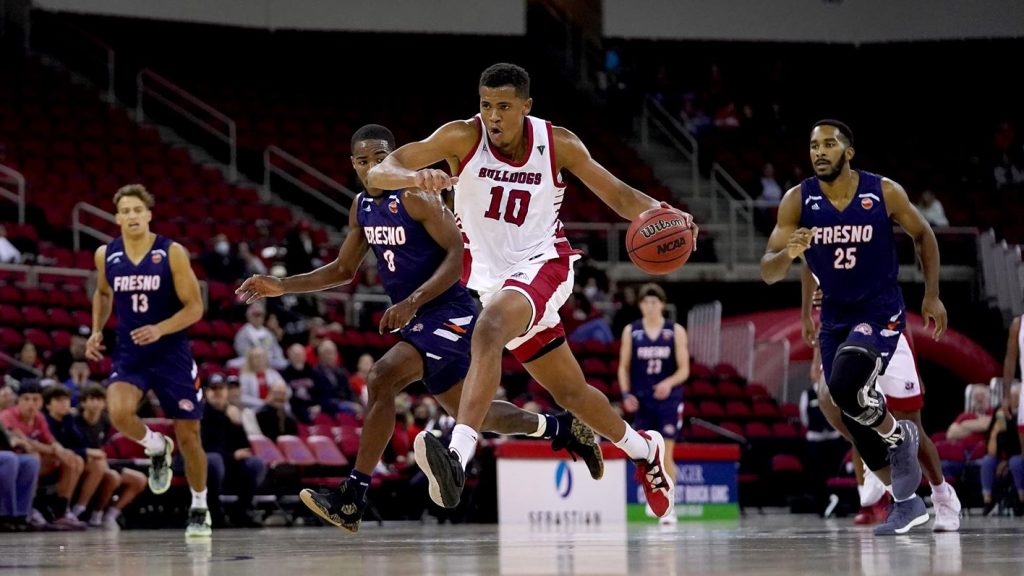 Fresno State Men’s Basketball is headed to the postseason for the first time since 2017.

While it is not the top-tier NCAA Tournament – noror the National Invitation Tournament (NIT) or the College Basketball Invitational (CBI) – Fresno State will play in The Basketball Classic, presented by ERACISM.

Fresno State (19-13) will host Eastern Washington Thursday at 7 p.m. at the Save Mart Center to kick off the single-elimination 32-team tournament.

The Bulldogs bounced out of the Mountain West Tournament last week in the second round, losing a close contest to San Diego State 53-46 after edging out San Jose State 69-67 in overtime in the first round.

With the Mountain West being as deep as it has in years, four teams made it to the NCAA Tournament: Boise State, Colorado State, San Diego State and Wyoming.

UNLV finished above Fresno State in fifth place in the conference, but the Runnin’ Rebels are not playing in a postseason tournament.

Utah State ended the season immediately behind the Bulldogs in seventh place but was invited to participate in the NIT.

The Basketball Classic is the successor to the CollegeInsider.com Postseason Tournament, which was originally founded in 2009 and held various formats over the years.

The tournament was canceled the last two years because of the COVID-19 pandemic, leading to its rebranding this year.

This opportunity for Fresno State ensures that star forward Orlando Robinson will have at least one more game at the Save Mart Center with his decision to declare for the NBA Draft looming.

Robinson, a junior, was one of the best players in the Mountain West this year as he finished second in scoring with 19.7 points per game and fourth in rebounding with 8.2 rebounds per game.

Robinson was named to the All-Mountain West First Team as well as the conference defensive team after the season.

The last postseason appearance for the ‘Dogs was a 2017 loss in the NIT to TCU.