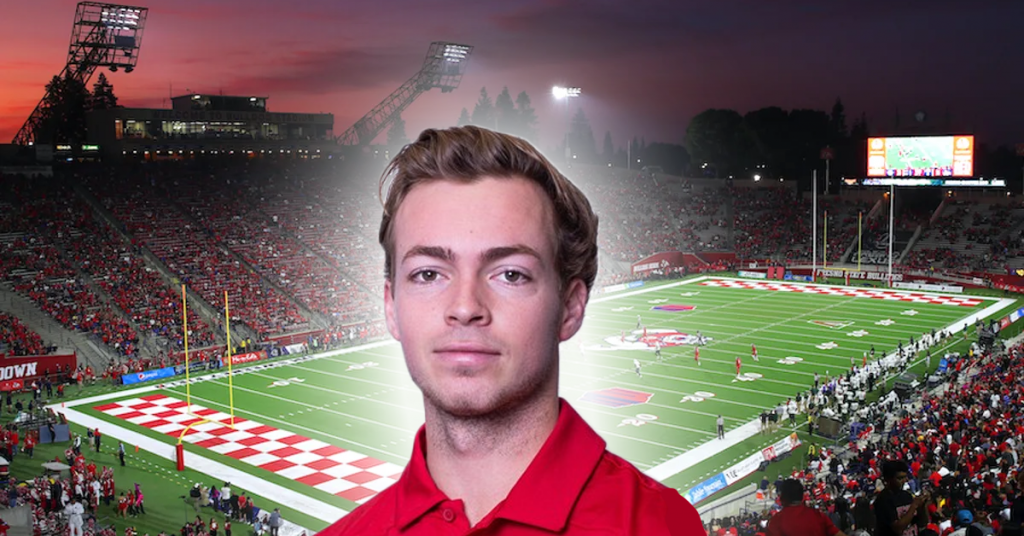 After weeks of fall camp – and many months of preparation – Fresno State’s quarterback competition has finally come to a close.

Head coach Kalen DeBoer announced Monday in his weekly press conference that Jake Haener will be the starting quarterback when the Bulldogs take on Hawaii on Saturday.

“Right now we feel like Jake gives us the best chance for us to reach our full potential as a football team, as an offense,” DeBoer said.

Sophomore Ben Wooldrige – who served as the backup to Jorge Reyna last season – came out on the losing end of a battle that DeBoer and offensive coordinator Ryan Grubb have said was extremely close.

Previously, Grubb had said the battle “couldn’t be any closer,” and on Monday DeBoer made it clear that the team would be comfortable and confident with either quarterback under center.

The decision – and long and arduous process that preceded it – went right up until the team wrapped up fall camp and started focusing solely on the Hawaii game a few days ago.

DeBoer said the day before he talked to both quarterbacks to break the news to them, he went back and watched every practice from fall camp to get one last look at every single throw that both players made, as well as their demeanor, body language and on-field communication.

“I think the hard part of it is when we talk about the things that we saw in Jake, it naturally comes across like the other quarterback – in this case Ben – doesn’t do those things, and that’s not the case at all,” DeBoer said. “We got two great choices at quarterback, two great guys that are exceptional young men that are ready for this opportunity, and I think Jake just is the guy right now that makes us what we want to be at a very high level.

“And we’re expecting big things from him coming right out of the shoot. In our offense, the quarterback is not just a game manager, he’s a playmaker.”

In Haener, DeBoer and the ‘Dogs get a fourth-year junior who transferred from Washington at the beginning of last season. He left Washington after losing the quarterback battle to Jacob Eason, who would go on to be selected in the fourth round of the 2020 NFL Draft.

While Wooldridge was backing up Reyna last season, Haener was forced to sit out due to NCAA transfer rules. Even though he could not get any game time, he was able to practice and was named as the scout team player of the year for the offense.

His only collegiate playing time came in 2018, when he was the primary backup as a redshirt freshman. Haener played in four games and completed 9 passes in 13 attempts, including 1 touchdown and 1 interception.

While Haener will compete to live up to the history and tradition of the quarterbacks that have played at Fresno State over the years, he has a connection to Bulldog legend Kevin Sweeney, who played football with Haener’s father at Fresno’s Bullard High School in the early 1980s.

When Haener walks down the ramp at Bulldog Stadium and takes the field Saturday, he will be following directly in Sweeney’s footsteps as the first quarterback since Sweeney to wear No. 9.