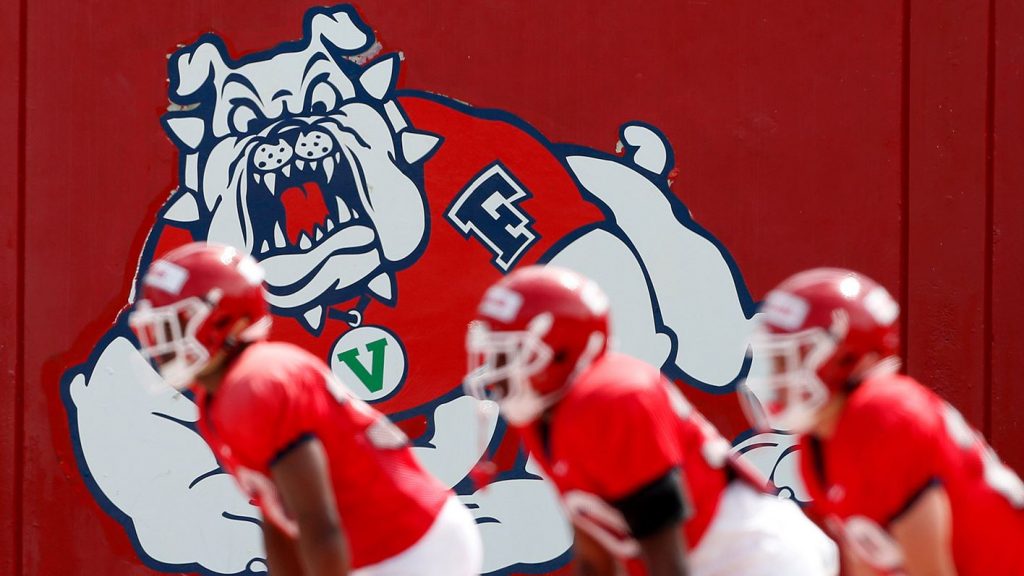 Just a few days after the Bulldogs wrapped up the 2020 season, Fresno State football and head coach Kalen DeBoer were able to look toward the future Wednesday, officially signing 14 high school athletes on National Signing Day.

“This is a class that we’ve had in the making for a long time, and I just first of all got to thank the staff and credit them with being relentless on how we went about putting the group together,” DeBoer said.

Not only did DeBoer have to head a recruiting effort for the first time as a head coach at this level, but he – along with the rest of the nation – had to grapple with the different challenges that the COVID-19 pandemic presented to the recruiting front.

DeBoer and the staff found ways to build relationships with recruits over Zoom and even did virtual campus tours.

“Really the joy of being around each other and the pleasure of working with each other, I think, came out in those Zoom meetings.”

DeBoer said this was one of the most exciting days of his time at Fresno State – maybe just behind the day he was hired and the first game of the season at Bulldog Stadium – and while he was thrilled to sign all 14 players, he showed an extra level of enthusiasm when talking about one particular signing: Jaylen Henderson.

Henderson – a 6-foot-3, 190-pound quarterback from Encino – is the cousin of former Bulldog great Chris Carter, who starred as an edge rusher under Pat Hill from 2007-2010. He chose to be a Bulldog over offers from Power 5 schools Louisville, Northwestern and Vanderbilt as well as other top mid-majors such as Boise State and Coastal Carolina.

“The day he committed, that was a special day,” DeBoer said. “I know exactly where I was at and how I felt, and the screams and hollers that we had as a staff together was pretty cool.”

For DeBoer, one word describes Henderson above all else: dynamic.

“When I use the word dynamic you naturally think on the field,” DeBoer said. “This guy is dynamic personality-wise, leadership-wise, his motivation to be great. He’s heavily involved with the foundations and community services. He’s already asking how he can give back to the community, because that’s just the type of person he is.”

Henderson will certainly be in the mix to replace quarterback Jake Haener once his eligibility is up in two years. He won’t have to compete with backup Ben Wooldridge for the job.

According to reports, Wooldridge entered the transfer portal on Wednesday, signalling an end to his Fresno State career in which he served as the primary backup for the last two seasons. Wooldridge fought a very close battle with Haener before the season, but Haener won and didn’t look back as he excelled in 2020.

“I don’t want to take away from the purpose of today being the signing class, but I do have to say that I’m really proud of what Ben Wooldridge stands for and how he went about everything he did this year,” DeBoer said. “He put a lot into this program, and I’m going to wish him nothing but the best and hope that things work out in a great way for him. I really mean that. He’s a special person.”

Although most of the signing class is from outside the area, Fresno State did bring in two players from the Central Valley: Jordan Hornbeack from San Joaquin Memorial in Fresno and Julius Lewis from Central Catholic in Modesto.

Hornbeak – a 6-foot-1 running back – had several Pac-12 offers, and DeBoer praised his charisma and personality that he brings to the table.

“Jordan wants to do something special for the Valley, there’s no doubt about it,” DeBoer said. “Jordan had all kinds of offers out here, west with Pac 12 offers, legitimate recruiting options that he passed up on to be a Bulldog and stay home.”

Lewis is a defensive tackle who measures 6-foot-4 and 280 pounds, and while he received other offers from big schools after he committed to Fresno State, he stayed true to the Valley, prompting DeBOer to say that he “is all-in about being a Bulldog.”

“I think he’s a name you’re going to hear sooner than later,” DeBoer said. “He is everything we’re looking for – brings the energy, brings the juice, you call it what you want. He’s 6-foot-4, 280 pounds and can move, and he works hard at it. He’s very motivated to be great, and this is exactly what we need up front with Julius.”

Here is the complete recruiting class: