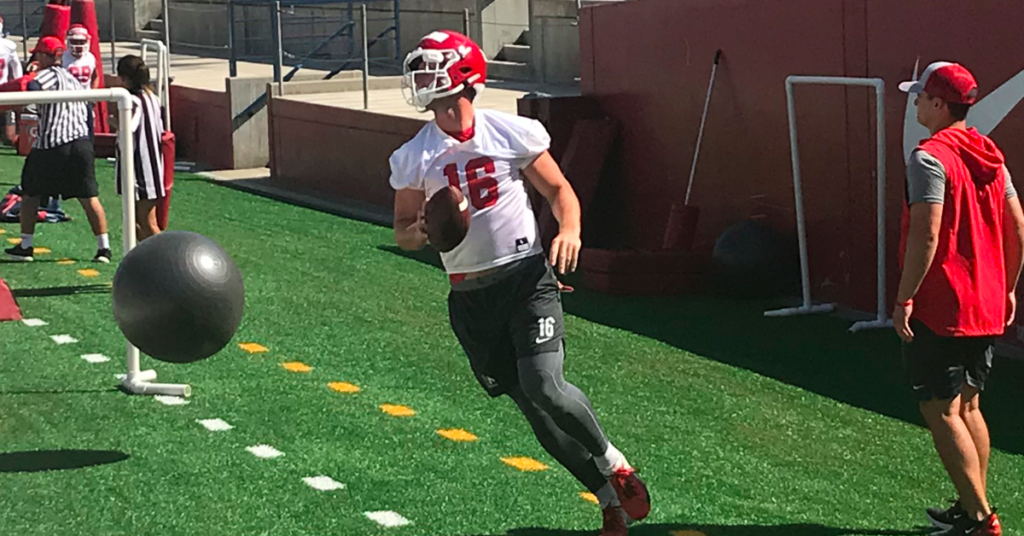 Fresno State tight end Jared Rice returns to the Bulldogs for his senior season as the most experienced pass catcher on the team, and he has gone through the highs and lows of the program in recent history.

Rice is a Valley native. He won three state championships at Central Catholic High School in Modesto, where he played tight end, wide receiver and defensive back.

He signed with the Bulldogs in 2015 and redshirted his first season. He played in 11 games in 2016, and his first two career catches were for touchdowns.

In 2017, his sophomore year, he played in 13 games, making six starts. He had 388 receiving yards and two touchdowns.

Rice broke out last year in Fresno State’s 12-2 championship season and set some program records along the way. He set the record for most receptions and receiving yards by a tight end in a single season, surpassing former Bulldog Bear Pascoe.

His success last season landed him on two award watchlists this year for the Biletnikoff Award and the Mackey Award, which recognize the best receiver and best tight end, respectively.

Although he’s earning national recognition with the watchlists, Rice isn’t focused on the attention.

“If I came home with the awards that would be something to talk about, but it’s just the watchlist,” Rice said.

Instead, he said he’s focused on improving every aspect of his game and is especially working on being a leader to his younger teammates.

Tight ends coach Scott Thompson said Rice isn’t a vocal person but he says what needs to be said, leads by example and works the right way.

When Thompson joined the program in 2017 with head coach Jeff Tedford, he saw that Rice had plenty of talent but the position didn’t click yet for him.

“When we first got here, he wasn’t sure what he was,” Thompson said. “Was he a receiver? Was he a tight end? That was the big thing, getting him to understand that he had a lot of talent to play our position. And he finally bought in and gained a bunch of good weight.”

The weight gain was integral for Rice, Thompson said, and the strides he made with nutrition and the weight room will make a big difference moving forward.

In regards to the award watchlists and national attention, Rice and Thompson are on the same page focusing on being productive to help the team win.

“I’m happy for him, but all that stuff goes out the window when you start playing,” Thompson said. “Our whole goal is just to have him as productive, or more productive then he has been in the past. All those awards will come just based on the play. So it’s a good thing, but we’ve got a lot of work to do before that.”