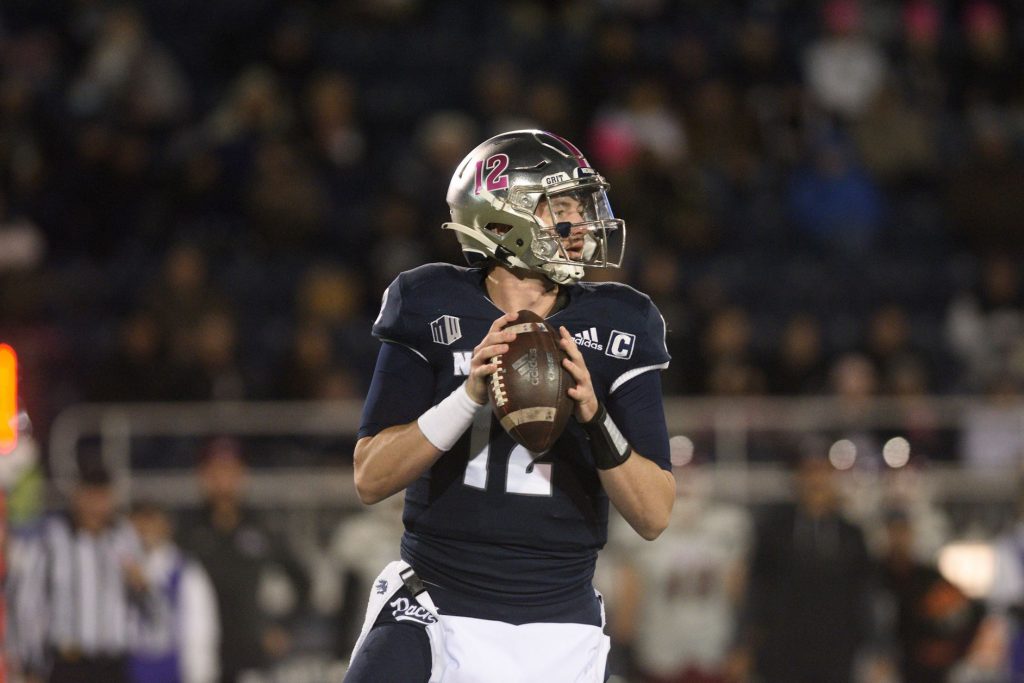 After flipping the script with stifling defense to beat Wyoming 17-0 on the road, Fresno State enters the most crucial part of the schedule if the Bulldogs hope to lift the Mountain West Championship Trophy on Dec. 4.

First up is a return home to Bulldog Stadium to take on 5-1 Nevada, followed by a road game against No. 22 San Diego State and a home game against rival Boise State.

Fresno State will shape its destiny in the conference over the next three games, something that is not lost on the Bulldogs and Head Coach Kalen DeBoer.

“The guys definitely understand the magnitude of this game, and my hope is – and I’ve said it all season – is that every game is approached the same way at a high level, not at a low level, at an extremely high level,” DeBoer said Monday.

As DeBoer noted, the ‘Dogs were forced to adapt and play a more physical brand of football than they had to to win games earlier in the season.

While the team’s physical effort will always be a factor, Fresno State could be in store for a wildly different game against the Wolf Pack than the one they just played.

When asked about the potential for a shootout on Saturday, DeBoer – while stressing that no one knows for sure how a game will shake out – agreed that the game could very well be a high-scoring matchup between two high-octane offenses.

“The ball’s being thrown in the air by two amazing quarterbacks, sometimes it’s hard to stop, you just try to slow them down the best you can,” DeBoer said. “I think you’re spot on with what the expectation probably is.”

Nevada and Fresno State have the top two offenses in the Mountain West. The Wolf Pack are scoring at a clip of 36.3 points per game, and the Bulldogs are right behind with a 35.9 points per game average.

As has been the case with Fresno State and quarterback Jake Haener, the Wolf Pack is fueled by its own quarterback, Carson Strong, who was the pick in the preseason to be the Mountain West Player of the Year.

Strong is second in the conference in yards (1990) and touchdowns (16), both behind Haener, but slightly owns the lead in completion percentage (67.9 percent for Strong and 67.8 percent for Haener).

And for as pass-heavy as the Bulldogs have been with Haener this season, Nevada is the one team in the league that can go toe-to-toe through the air.

Strong is 4th in the nation with 41 pass attempts per game, and he has thrown three interceptions so far this season, setting up Fresno State Defensive Coordinator William Inge with quite the challenge on Saturday.

“When you throw the ball that much, the one thing that we want to make sure we can do is just still continue to apply the fundamentals that we have to be able to do from a defensive line standpoint, being able to push the pocket back, getting our hands up, trying to be able to get some tipped balls in some of the low zones,” Inge said.

“Because as you all see, we have a philosophy here on defense: Tipped balls are pick balls, and the players are getting to be where they need to be, we’re starting to see some of those things occur.”

Inge also views Strong as a quarterback who could be selected early in the NFL Draft next year and have a chance to compete for playing time on Sundays.

“From throwing the football, he’s definitely one of the better kids that we’ve had a chance to see be able to throw,” Inge said. “I’m not a specialist when it comes to some of the NFL Draft boards, but I would assume he would have a great chance to be able to play on Sunday. If the Draft was Thursday, I would love it.”