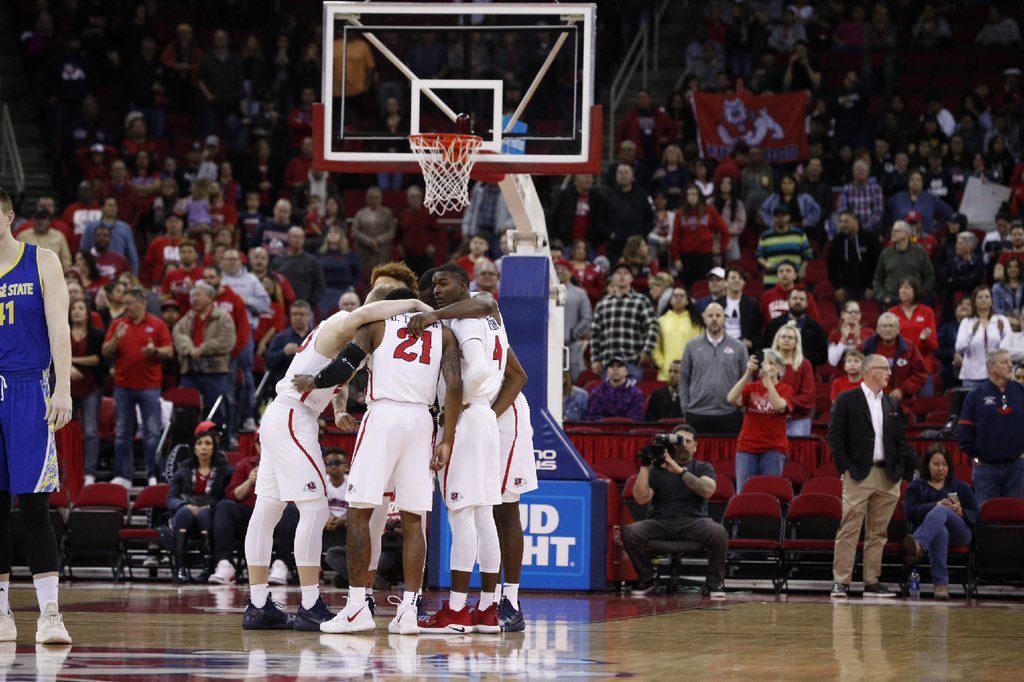 The Mountain West Tournament beckons. But before the Bulldogs trek to the Thomas & Mack Center in Las Vegas, they spent one final night tuning up for a run at the Big Dance.

And a record tune-up it was, as the Dogs finished Senior Night closing out with multiple records en route to a 121-81 smash over the Mountain West-worst San Jose State:

In the first half, the Dogs staged a clinic from beyond the arc, netting 15 three-pointers. Braxton Huggins accounted for seven of them.

The dominance from long-distance aided Fresno State to a 59-40 halftime lead over the Spartans. Huggins immediately continued his three-point aerial assault at the outset of the second half, quickly picking up his eighth three.

By the end of the drubbing of the Spartans, Huggins closed out with a program-record 10 three-pointers in a game and 34 points. Deshon Taylor led the team’s scoring with 37 points. The Taylor-Huggins duo are the first in Bulldog history to each score 30 points.

Fresno State heads to Las Vegas for the Mountain West Tournament as third seed in the conference and a first-round bye. They will play the winner of the Air Force-San Jose State contest on Thursday.