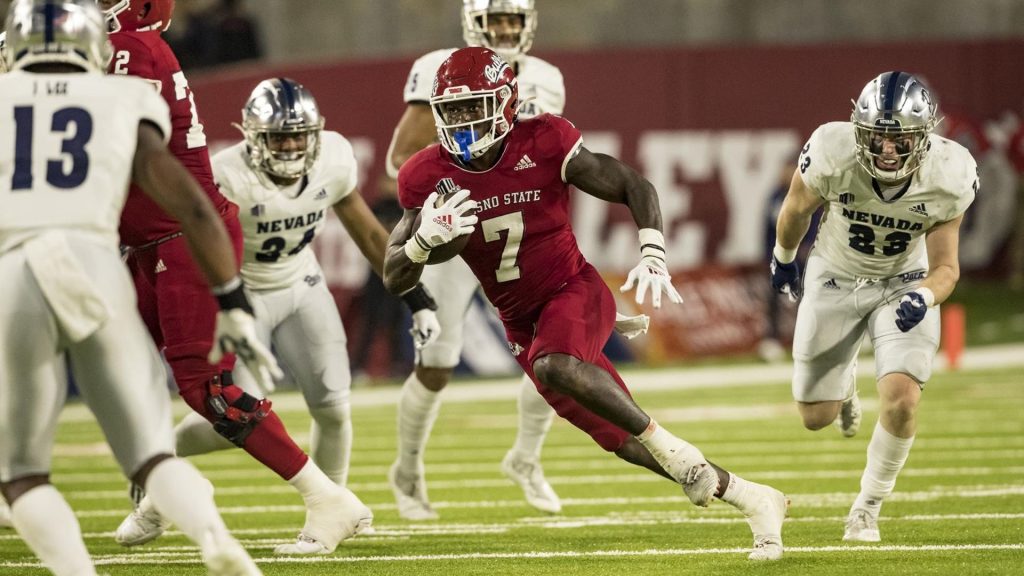 In all likelihood, Fresno State can’t afford to get off to another slow start on offense when the ‘Dogs take on No. 21 San Diego State on Saturday.

As prolific as Fresno State’s offense has been this year, the unit has been notorious for starting slow. The Bulldogs have not scored on their opening possession all season, and they have only had two games where they scored on their second possession – wins over UCLA and Wyoming.

Every other game has taken the Bulldogs at least three or more drives to get the offense rolling. If the Bulldogs once again find themselves coming up short on their first couple drives against the 7-0 Aztecs, it could very well be an insurmountable challenge because of San Diego State’s slow, physical, run-heavy play style.

“Nevada, it’s never over because their style of play is different. You’re going to get the ball back quickly against Nevada some possessions just because it goes that fast and the nex time you’ve got to be ready because they might score just as fast as they gave it up the time before,” Head Coach Kalen DeBoer said Monday.

“This is a little different deal. You give up the football, you might not get it back for another seven or eight minutes. You’ve got to take advantage of your possessions. The game’s going to go faster. It’s going to be shrunk down. Every time you take a snap, especially on offense, you’ve got to make the most of it.”

The Aztecs rank second in the Mountain West with 31:39 time of possession per game – behind Air Force’s triple option attack and ahead of third-place Fresno State – and also boast the conference’s second-best rushing attack with 204 yards per game, once again only behind Air Force.

Good thing for the Bulldogs, though, is that while the offense has needed time to find its bearings, the defense has come out firing in recent weeks, making up for the offense’s early shortcomings.

If the ‘Dogs can manage to put together a combination of fast starts from both units on Saturday, that could be the key to coming home with the Old Oil Can.

DeBoer called back to the 2017 win over San Diego State, when he was in his first season as the offensive coordinator at Fresno State, which the ‘Dogs won 27-3.

The ‘Dogs forced two early stops and scored on their second drive, putting the Aztecs in a position where they had to play from behind.

“You think about what they want to do,” DeBoer said. “If they can just be patient and just let the game flow, let the game come to them, that’s what they want. I think back to the 2017 game – we got a lead, and it just slowly grows because you take them out of their game.”

If the ‘Dogs struggle to fire on all cylinders in the first quarter, they’ll have to contest with San Diego State punter Matt Araiza, who leads the nation with nearly 54 yards per punt.

If the season ended today, Araiza would set the all-time record in college football for punting average by three yards.

Araiza’s historic run, combined with the Aztecs’ conference-leading – which only gives up 15.7 points per game – could provide fits for the ‘Dogs.

“He just flips the field on you so many times, almost every punt you’ve just got to expect that you’re going to be deep in your own territory. Really that’s what it comes down to. You have to drive the field, and the percentages, obviously, show even with just an average defense, that’s a lot harder to score points when you’ve got to go the distance,” DeBoer said.

“Now add a great defense like they have to the mix – I heard the comment about it being low scoring games – well there’s a reason for that that they’ve been a part of. We’ve got our hands full. We know that. We’re excited about the challenge. I feel like we’re in a good place too. We have our formula for success, and we’ve just got to do a good job executing it.”

Will Rivers be good to go?

After running back Ronnie Rivers took the ball 64 yards to the end zone against Nevada, he couldn’t return to the game because the defender rolled over his leg as he fought his way for a touchdown.

On Monday, offensive coordinator Ryan Grubb said Rivers was checked out by the doctors and was cleared to practice as tolerated this week.

Tuesday will provide the first test to see if Rivers can play through the pain. DeBoer was hopeful that Rivers can take it day-by-day and be ready to go on Saturday.

Even if Rivers plays, Jordan Mims likely figures to see an increased workload for the second week in a row.

Mims gained 138 rushing yards and 1 touchdown on 23 carries, along with 20 receiving yards and another touchdown to be honored as the Mountain West Player of the Week.