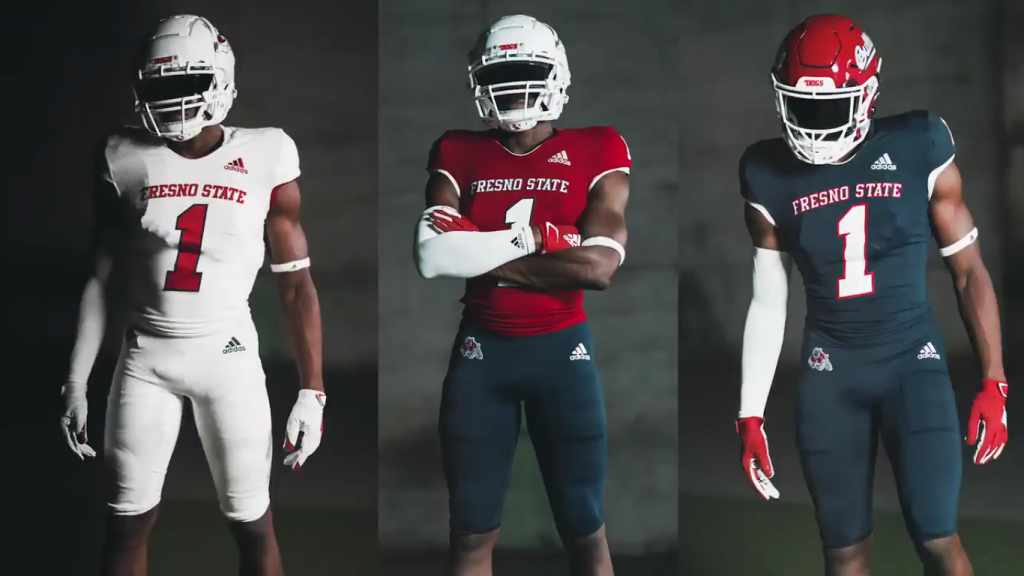 Fresno State football unveiled its new uniforms Monday, taking the jerseys back to a more simple and traditional look.

The program revealed the uniforms – which are called power red, bright white and bold blue – in a video on Twitter.

These are the first new uniforms under the university’s six-year partnership with Adidas, which was announced last December.

The classic red look returns with the Bulldogs script on the helmet.

The Bulldogs will also have an all-white option for road games, which includes the Bulldogs logo on the helmet.

Fresno State will also have an alternate navy uniform to mix and match with the white and red helmets.