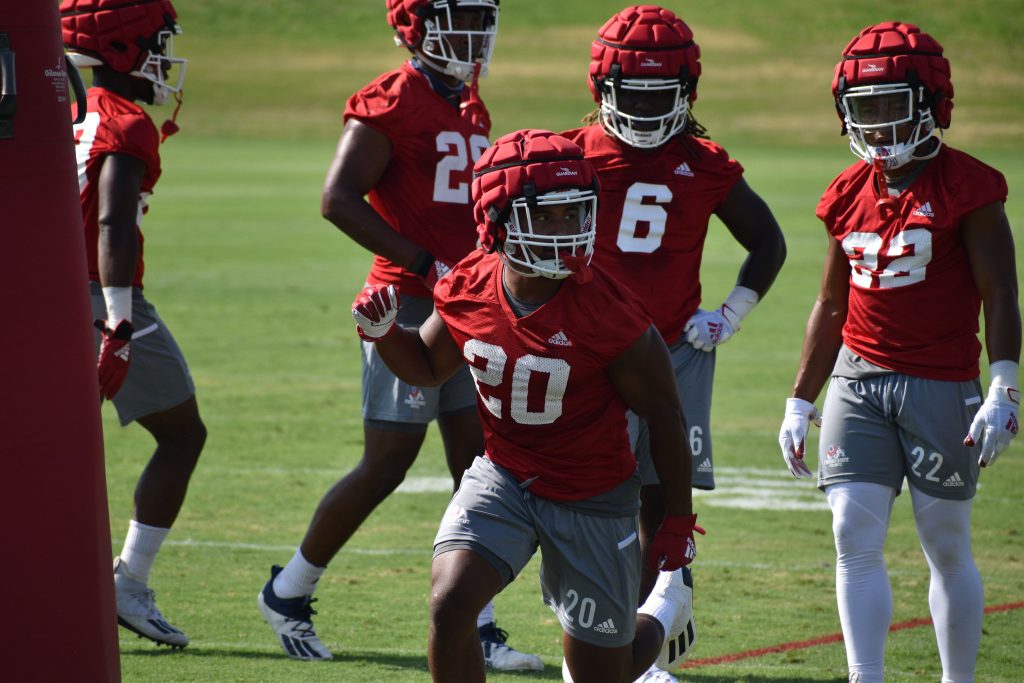 With less than a month to go until the season opener at Bulldog Stadium against UConn, Season No. 2 under head coach Kalen DeBoer is officially underway.

The Bulldogs kicked off fall camp on Friday, the first of 25 practices before the matchup with the Huskies.

It was the first bit of normalcy the ‘Dogs have had since the end of the 2019 season before the COVID-19 pandemic hit, before DeBoer even took charge.

Friday’s first practice gave the team a chance to practice all together without worrying about the various pandemic-related restrictions, such as masking and practicing in different pods.

“Had a great first practice, one of 25, just what you would expect,” DeBoer said. “Great attitude, great effort. Day One is usually pretty easy, especially for a team that wants it pretty bad. Excited about the way we practiced together, the way we look out for each other, make each other better, complete – all the things that you want. It’s been a long time coming to kind of have the feel of practice that we had out there today.”

Unsurprisingly, the players were just as excited as DeBoer.

Junior safety Evan Williams, a team captain last year, was thrilled to be past last season’s one-of-a-kind struggles and quirks.

“We’re extremely excited. This is our first time out here since forever, it feels like. We’ve just been conditioning and lifting, and with COVID happening last year we didn’t have much football,” Williams said.

“Just finally being around the guys, being able to not have masks on and kind of just experience what it feels like to finally get back to normal. We’re all energetic. We’re all excited, turned up this whole practice. It’s a great feeling finally coming back.”

How did the first practice go?

“I feel like we did really well just flying to the ball,” Williams said. “Everybody knows the playbook now, so it’s great seeing everybody flying around and making plays in their own individual positions doing their job, seeing it come to fruition – all that work that we’ve done in the offseason.”

While DeBoer’s offense lit up the Mountain West last year in the condensed six-game season, the defense left something to be desired out on the field.

Those struggles came as Fresno State was adjusting to a new coaching staff, including new Defensive Coordinator William Inge and his 4-2-5 system.

Now, with a year of experience, Williams thinks the ‘Dogs are in a much better position to field a stout defense.

“Last year we had two months to really fit in this whole playbook before we came out for our first game. Just having that consistency finally, having that chance to look over the playbook for a year, for a full offseason, I think our guys are just gaining confidence day-by-day,” Williams said.

“We’re picking up the playbook faster than ever. We’re making plays. You could see we’re playing faster, playing with more energy, playing more confident. I’m really excited for what we’re going to do this season.”