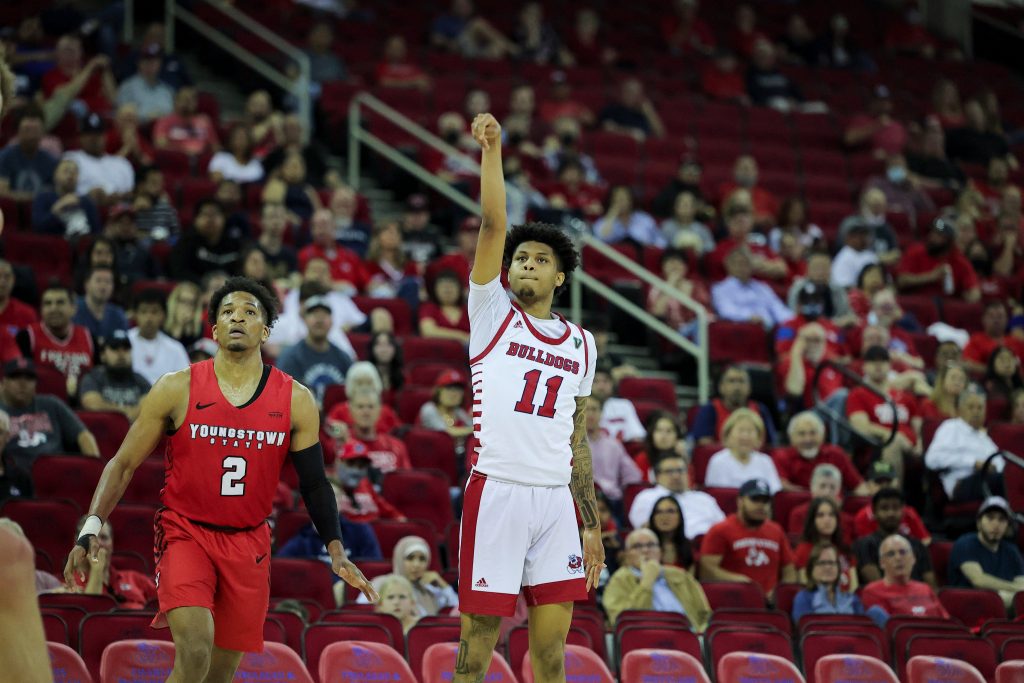 Wednesday, the Bulldogs defeated Youngstown State 80-71 at the Save Mart Center in the second round of The Basketball Classic.

It turned out to be one of Fresno State’s most balanced games all season on the offensive end.

For most of the year, the Bulldogs had to rely on star forward Orlando Robinson to set the standard with dominant performances night after night.

While Robinson shined once again Wednesday, leading the team with 16 points and 13 rebounds, four other Bulldogs posted double digits in scoring.

But it was three players who usually are on the bench who had career nights: Donavan Yap (13 points), Destin Whitaker (14 points) and Braxton Meah (14 points).

With starting forward Anthony Holland out with a pulled hamstring and starting guard Jordan Campbell on limited minutes due to a pulled muscle in his ribs, head coach Justin Hutson was pleased with the way his team stepped up to secure the win.

“I knew we were going to have some guys play more minutes, and I told them we were confident in what we can do,” Hutson said after the game.

“And you saw sometimes some really good plays, and just like the other guys on the team sometimes you saw some inexperience or some plays that we don’t like. But what I did love about it is we kept playing, we kept fighting, so I’m so proud of these guys.”

Meah played alongside Robinson for an extended period and was a perfect 6-6 from the field in what turned out to be his best all around performance in his two years as a Bulldog.

“We talked about playing those guys, playing bigger, especially you saw the last couple games the teams played zone, and when they play zone Orlando and Braxton have a really good rapport with each other,” Hutson said.

“And the rapport they have with each other, you saw it tonight in the 1-3-1 zone and the 2-3 zone that they played. Braxton played probably his best game that he’s been here on both ends of the floor.”

After a back and forth first half, Youngstown State pulled out to a 10-point lead shortly into the second half, but Fresno State held a 24-12 advantage over the last eight minutes of the game to put the Penguins away.

With the win, Fresno State is now 21-13 on the season and advances to the semifinals of The Basketball Classic on Monday at the Save Mart Center. The Bulldogs will play the winner of Portland and Southern Utah, who play Saturday.