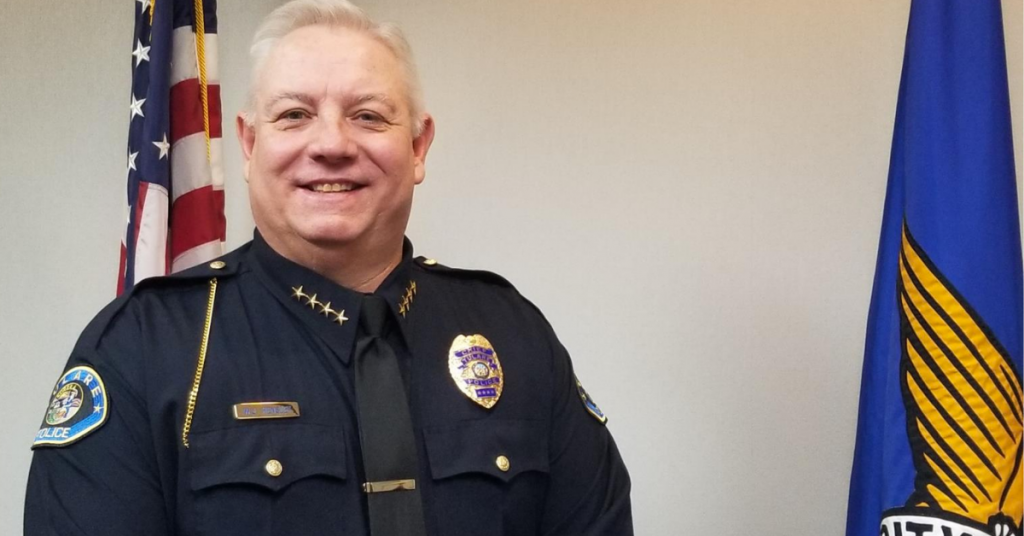 Tulare is on the lookout for a new police chief with Wes Hensley set to retire this summer.

Hensley announced his upcoming June 3 retirement to the Tulare City Council last week after 31 years of service with the city.

As part of the process to find the next top cop, the city is holding a pair of community meetings over the next week to gain input regarding what qualities Tulare residents think the next chief should possess.

“Public input is crucial to selecting the best individual to lead the Department,” City Manager Marc Mondell said in a statement.

“We encourage the community to attend one of the upcoming community meetings and to share their thoughts on the characteristics, professional attributes, issues and challenges they feel are most important when selecting a new Chief.”

Hensley will also be on hand at the meetings along with city administration.

The first meeting will be held Wednesday from 6 p.m. to 7:30 p.m. at the Claude Meitzenheimer Community Center, followed by the second meeting on Saturday from 10 a.m. to 11:30 a.m. at the Senior Center.

Hensley’s retirement wraps up a career that saw him at odds with the city in recent years.

After serving in the department for over two decades, Hensley was appointed as chief in the fall of 2016.

But in 2017, the city placed Hensley on administrative leave and terminated him in March 2018.

Hensley fought back in court two months later, seeking to have an administrative hearing held regarding his termination.

Come January 2019, however, the Tulare City Council reversed the city’s decision on a 4-1 vote and reinstated Hensley as chief. The council also dished out $275,000 to Hensley, which included $125,000 in back pay.

The lone “no” vote at the time came from former councilman Carlton Jones.