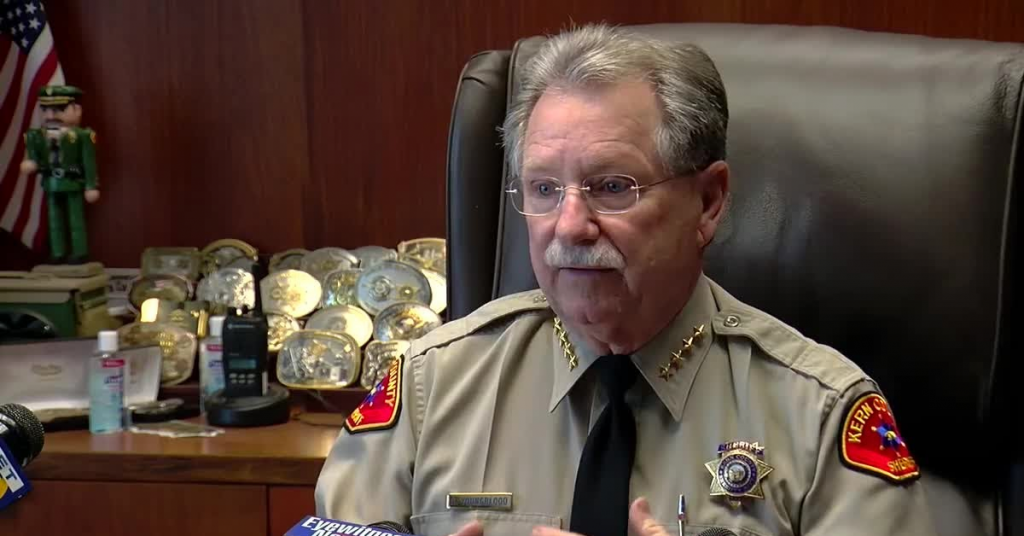 In light of a recent report from the American Civil Liberties Union of Northern California claiming law enforcement in the Central Valley has illegally corroboration with U.S. Immigration and Customs Enforcement, Valley sheriffs are denying any wrongdoing.

Under Senate Bill 54 – best known as California’s sanctuary state bill, which was signed into law by Gov. Jerry Brown in 2017 – local law enforcement is limited to detaining illegal immigrants for ICE only for serious or violent felonies.

Per the report, titled “Collusion in California’s Central Valley: The Case for Ending Sheriff Entanglement with ICE,” the ACLU alleges that the San Joaquin Valley’s sheriffs have violated SB 54 by holding inmates in jail for ICE to arrest them.

“As a result of these unlawful practices, sheriffs facilitate the reincarceration of noncitizen community members, whom ICE then forces to sit in prison-like detention awaiting trial, often without counsel,” the report reads.

In Kern County, the report states that a woman identified as Erika was falsely accused of stealing a bag of fruit, arrested and jailed.

The Kern County Sheriff’s Office released her after she posted bail, but sheriff’s deputies allegedly transferred her to ICE instead of allowing her to return home.

The ACLU said Erika was confined in an ICE detention facility for six months.

Another story out of Kern County detailed in the report told of a man named Nestor, a father of three children who was convicted of burglary in 2018.

Shortly after he was released on probation, the Kern County Sheriff’s Office arrested him on suspicion of missing a probation appointment.

The Kern County Sheriff’s Office dismissed the charge after Nestor was held in jail for two months. But when he was being processed to leave the county jail, the ACLU claims that Nestor was asked to wait inside for over two hours before he was released into the parking lot, where ICE appeared and arrested him.

Kern County Sheriff Donny Youngblood denied any wrongdoing in regards to SB 54, saying that while he believes that people living in the United States illegally committing crimes should be deported, he follows state law.

Youngblood said in a news conference last week that the California Department of Justice did not find any SB 54 violations in its investigation into the Sheriff’s office.

The Kern County Sheriff’s Office announced that it is looking into the allegations, but Youngblood noted that the investigations are difficult to explore since they are a few years old and do not include full names, dates or other specific information.

“We have employees that could make mistakes, and we might need to fix things,” Youngblood said. “We can’t defend it, because we can’t research it. That’s totally unfair to the employees of this organization.”

Additionally, the Fresno County Sheriff’s Office has been accused of similar violations for transferring inmates to ICE illegally.

The report tells of a Fresno County man named Javier, who was convicted of domestic violence in 2018.

As he was heading to a court hearing in January 2020, he was arrested by ICE and detained for five months.

“The Fresno County Sheriff’s Office complies with the law in reference to any cooperation with Federal law enforcement agencies,” Mims said in a statement. “It is obvious the authors of the report do not want any communication with ICE, however, that is not what the laws say. We will continue to follow the law in our ongoing efforts to keep our community safe.”

The Tulare County Sheriff’s Office was briefly mentioned in the report, but the ACLU did not levy any specific allegations against Sheriff Mike Boudreaux.

“The Tulare County Sheriff’s Office wants to reiterate the fact that our men and women abide by all laws in regards to SB 54, as well as the Truth Act,” the office told KFSN in a statement. “It is our policy to go above and beyond compliance requirements. The report mentioned has zero documented cases of any violations as it pertains to the Tulare County Sheriff’s Office.”