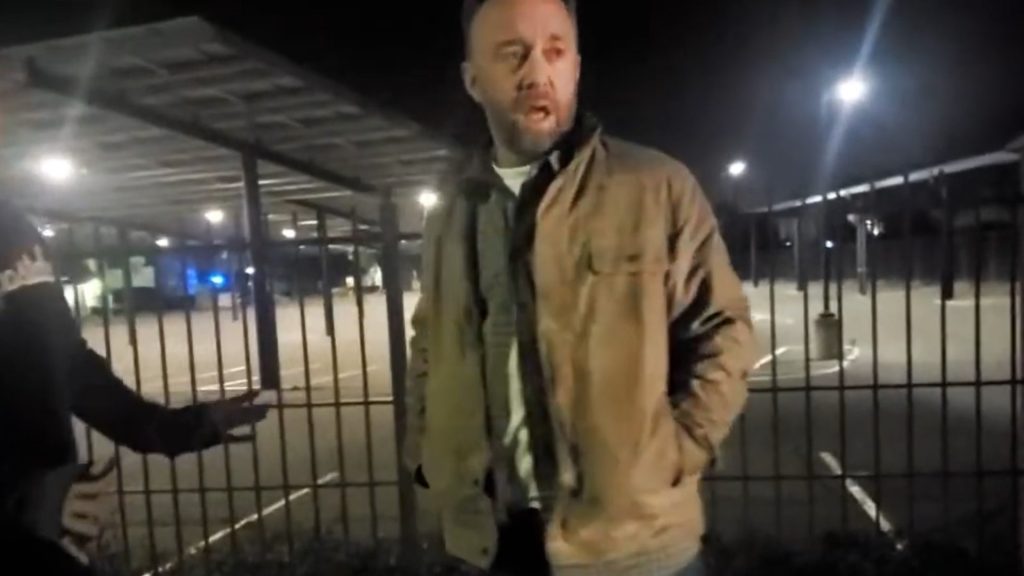 A Central Valley judge has been publicly censured for misconduct after he crashed his SUV while driving under the influence of alcohol, attempted to leave the scene of the crash, and lied to bystanders and police officers, the state Commission on Judicial Performance announced Thursday.

The commission said Judge Michael J. Mulvihill, Jr., of San Joaquin County Superior Court, consented to the discipline, which is a step below removal from office.

Mulvihill, who was elected as as a Superior Court judge in 2014, crashed his car on Jan. 1 in Stockton near the Calaveras River.

A bystander filmed Mulvihill’s vehicle speeding as it approaches a bridge on the river, swerving and crashing into the curb and fencing of the roadway. Mulvihill told bystanders who prevented him from getting back in the vehicle and driving away that it would be “extra bad” for him to stay because he was a truck driver, the commission said.

After he was unable to get back in the SUV, he left the scene on foot but a bystander chased after him and convinced him to return to the scene, it said.

Mulvihill told police officers who showed up at the scene that he had been texting and driving. When they asked him if he had been drinking, he told them he had had two beers, but a DUI test done nearly three hours after the crash showed he had a blood level content of .25 percent, the commission said.

It’s against the law in California for a person with a blood alcohol content of .08 percent or more to drive a motor vehicle.

“Judge Mulvihill’s conduct reflects poorly on his integrity, negatively impacts the public’s perception of him, and of the judiciary in general, and is seriously at odds with the canons and expected judicial behavior,” the commission said.

Mulvihill was charged with a DUI and pleaded no contest. He was sentenced in June to 10 days in jail, three years of informal probation, and a nine-month DUI class.

The commission said it took into consideration that Mulvihill promptly reported his arrest, acknowledged that he had committed serious misconduct, and cooperated fully and honestly in commission proceedings.