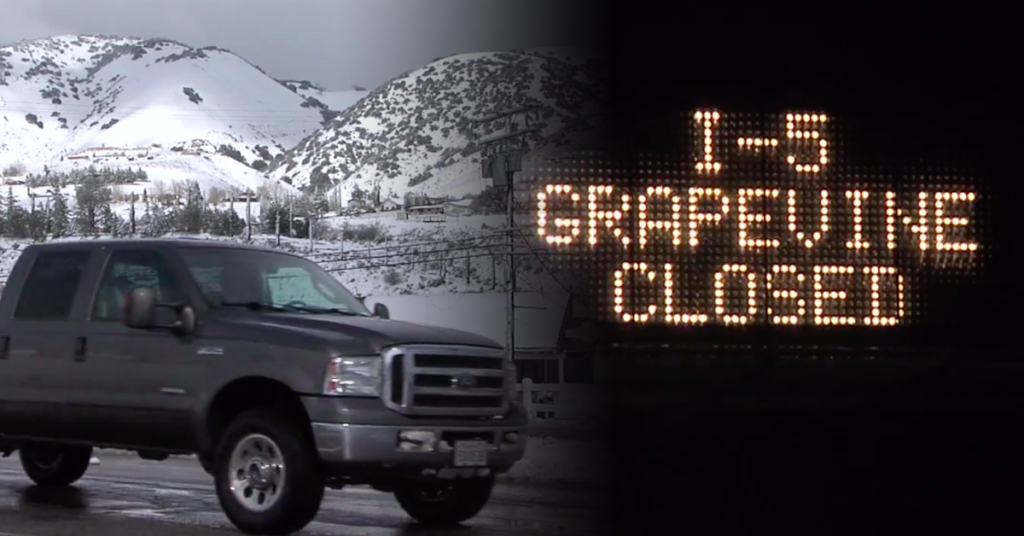 Heading to Southern California for the Thanksgiving holiday? Better keep a close watch to the forecast and road conditions, especially on the Grapevine.

As of Monday night, the National Weather Service has issued a Winter Storm Warning for Tuesday night through Thanksgiving night, with an 80 percent chance of precipitation.

The high likelihood of precipitation has the California Highway Patrol preparing for snow conditions in the high elevations of the Grapevine and the possibility that the stretch of mountainous terrain between the San Joaquin Valley and Southern California may be closed.

Monday, the Fort Tejon area CHP released two alternative routes for Valley drivers to reach southern California from the southernmost connections: one headed west via Highway 166 from Mettler to Santa Maria and then the south via U.S. 101.

The other route, headed east via Highway 58 from Bakersfield to Mojave and then south via Highway 14.