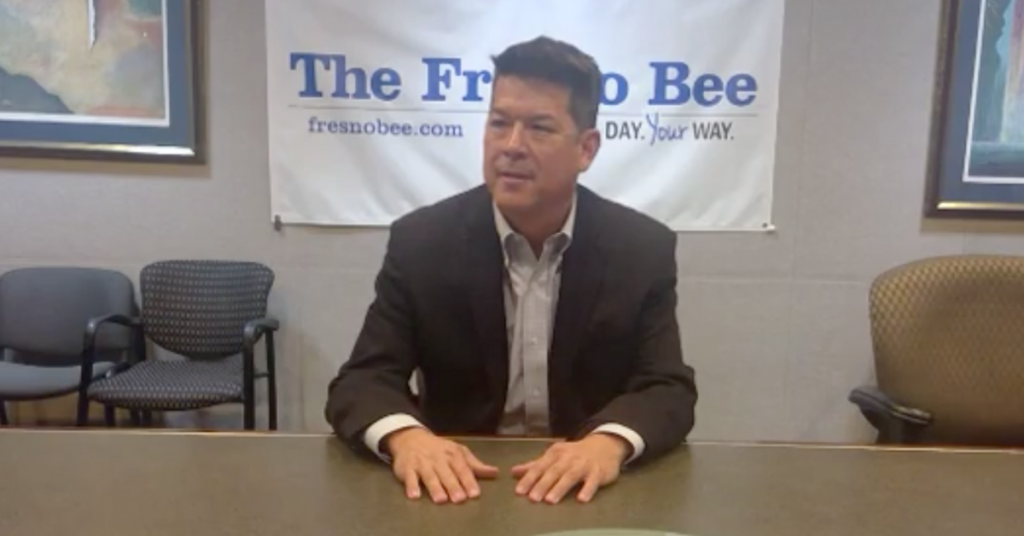 Four years after it backed his candidacy for Congress, The Fresno Bee is rapidly backpedaling from its one-time support of former Rep. TJ Cox (D–Fresno) in the wake of his indictment, arrest, and arraignment on Tuesday on 28 counts of various Federal financial crimes.

Rep. TJ Cox’s (D-Fresno) razor-thin victory in 2018 came in the face of a litany of attacks over his business dealings.

It didn’t seem to stand in the way of an endorsement from the biggest daily newspaper in the then-21st Congressional District.

The McClatchy pub touted Cox as possessing “business experience that is founded on helping lower-income people.”

But the seeds of Tuesday’s unsealed Federal grand jury indictment were planted then, particularly at the intersection of his work with the Central Valley Community Sports Foundation and Central Valley New Market Tax Credits, LLC.

The Federal grand jury indictment alleged that Cox siphoned off hundreds of thousands of dollars from the firm designed to direct capital investment into disadvantaged communities, Central Valley New Market Tax Credits, LLC, along with falsifying documents with forged signatures from the company’s owners to obtain a seven-figure loan for CVCSF’s top property: Fresno’s Granite Park.

In closing out its endorsement, The Bee’s Editorial Board noted that “[e]lected officials should not shy away from accountability.”

Departing Fresno County Jail, Cox simultaneously praised the FBI and Federal prosecutors while claiming that the prosecution of a litany of financial frauds was politically-motivated.

Tuesday, hours after his indictment, arrest, and arraignment, Bee editors quickly distanced themselves from Cox, issuing an editorial with a headline reading “TJ Cox’s business dealings never passed the smell test. His arrest reaffirms our doubts.”

Despite the headline, its 2018 endorsement includes no critique of Cox’s business dealings.