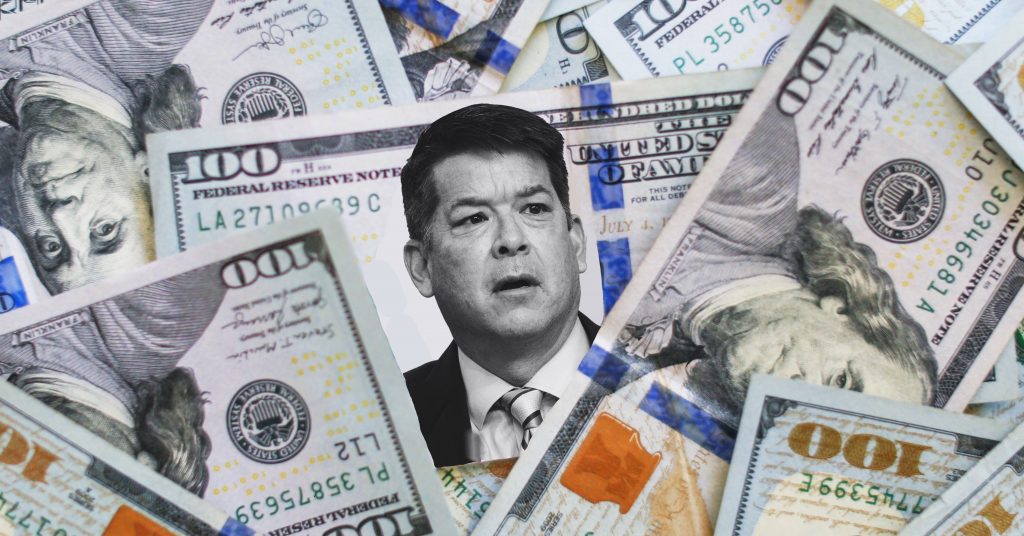 Last week’s arrest and federal indictment of former Congressman TJ Cox (D-Fresno) is having a ripple effect among Democratic campaigns over one question: what to do with donations from Cox’s political entities?

Cox, a Fresno Democrat who represented the 21st Congressional District from 2019-2021, is facing 28 charges including wire fraud, money laundering and financial institution fraud.

After Cox was ousted by Rep. David Valadao (R–Hanford) for the expiring 21st District in 2020, he used some of his remaining campaign funds to donate to other Democrats across the state and nationally.

However, politicians embroiled in political and criminal scandal have become secondary victims to a recent and unique public relations technique to increase distance to their fellow politician.

Campaigns and candidates that receive donations from the troubled politico begin throwing “tainted” campaign funds to charities or other organizations rather than expend them on electioneering as a method of signaling condemnation.

He also personally donated $1,250 to candidates.

One candidate has already redirected the funds to another cause.

A spokesperson for Gray’s campaign told The Sun that the $1,000 donation has been redirected to the Yes on Proposition 1 campaign.

Proposition 1, which will appear on the November ballot, would amend the California Constitution to codify the right to access to an abortion or contraceptives.

Outside of Gray, Rising Electorate donated to the following Congressional campaigns:

Cox’s personal donations to candidates were $1,000 to Scott Peters for Congress and another $250 to Stanton For Congress.

Salas, who received a glowing endorsement from Cox to challenge Valadao this year, initially warmly embraced the ex-Congressman as he consolidated Democratic support.

“It’s an honor to call TJ a friend and supporter. I know how our communities are better-off as a result of his service,” Salas said at the time.

Tuesday, amid Cox’s indictment and arrest, he issued a terse statement claiming that the ex-lawmaker had “disgraced himself.”

With the indictment, Salas’ campaign refunded the $1,000 contribution it received from Cox’s PAC.

The Sun reached out to the other campaigns and candidates to inquire about the donations but did not hear back by publication.