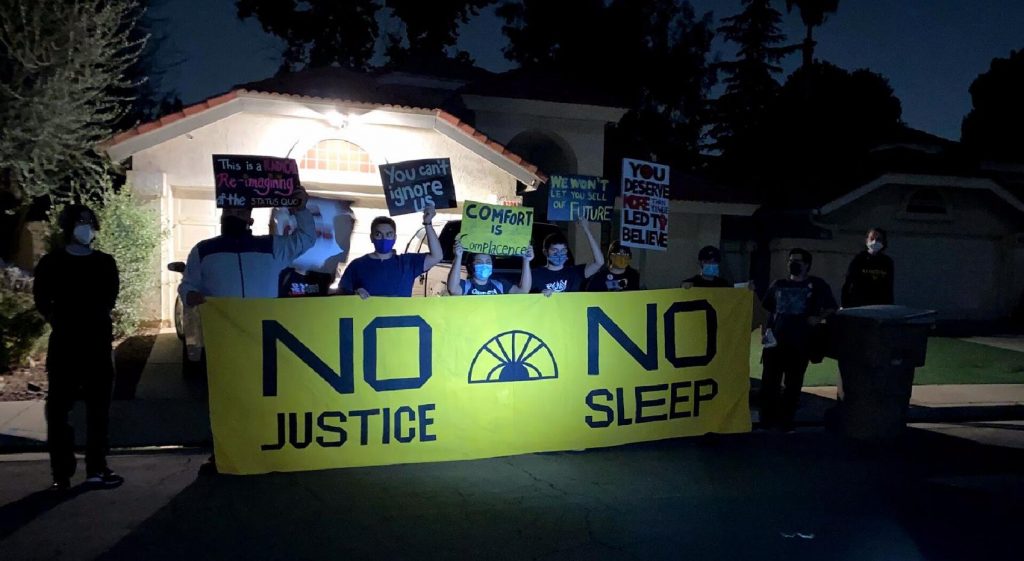 The 4:30 a.m. gathering was made up of young adults and youth who want McCarthy to meet with them and consider their demands: for McCarty to hold a public town hall meeting, pledge to help create green jobs and support legislation for Medicare for All and extended unemployment benefits during the pandemic.

The demonstrators were led by the Kern County arm of a group called the Sunrise Movement, a nationwide, youth-led group focused on stopping climate change and promoting a Green New Deal. A news release about the protest in front of McCarthy’s home said it also involved members of Our Revolution Kern, Democratic Socialists of America Kern County, the Central California Environmental Justice Network, Kern Young Democrats and others.